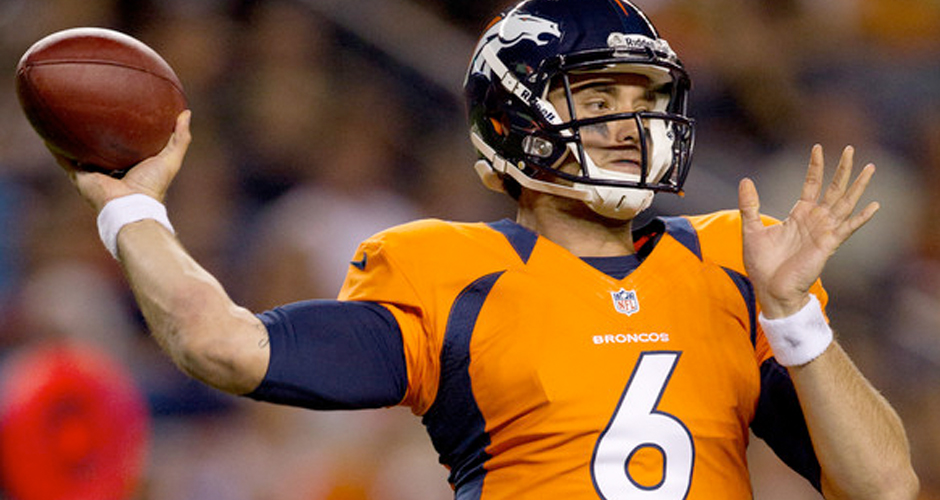 The Houston Texans faced a harsh reality this past January after a 30-0 embarrassment to the Kansas City Chiefs; Brian Hoyer isn’t going to take them on a deep playoff run. It may get them a division title in the Andrew Luck-less AFC South, but nothing more than that.

The result forced them to take a boom or bust risk by signing former Broncos quarterback Brock Osweiler to a four-year, $72 million deal. Despite throwing 11 career touchdown passes, the 6’7” gunslinger is the guy moving forward for their franchise.

Houston has faith in Osweiler, and used this offseason to put an absurd amount of weapons around the offense for his disposal. They signed Lamar Miller and drafted San Jose State product Tyler Ervin to bolster the backfield. The Texans bolstered their receiving core, which features probowler DeAndre Hopkins, by selecting explosive athletes Will Fuller (Notre Dame) and Braxton Miller (Ohio State) with their first two picks of the draft.

With all of these playmakers on the offensive side of the ball to pair with a defense featuring JJ Watt, who is arguably the best player in football, many are expecting the Texans to be one of the contenders in the NFL next season to hoist the Lombardi Trophy at year’s end. As the great Lee Corso likes to say: “not so fast my friend.”

To be honest, you never know how a quarterback will translate from one system to another. Osweiler most certainly had his moments as the Broncos signal-caller, but he took a backseat to Denver’s defense in his eight starts. $72 million later, he has become an essential piece of the Texans Super Bowl aspirations.

For the first time since 2011, when he was a senior at Arizona State, Brock has the full reigns of his offense. As a member of the Sun Devils, he threw for 4,036 yards, 26 touchdowns and 13 interceptions in 13 starts. He’s never been given the star status you see in guys like Tom Brady, Aaron Rodgers and Cam Newton, but the Texans feel like he may get there with this team.

Before the draft, Osweiler met with Hopkins, along with receivers C.J. Shorts, Jaelen Strong and Keith Mumphrey, at Arizona State for a workout to start building their chemistry, which is crucial for the team to succeed. You can tell that he is committed to taking advantage of the opportunity in front of him and this team. Being a leader comes with the quarterback position in the NFL (yes, that was a subtle jab at you, Connor Cook).

Houston will begin their OTA program on May 23rd, where the world will begin to see how this offense will look with Osweiler. In one corner, there are going to be the naysayers who expect the new sheriff in town to not meet expectations. They may have a valid point, because he only has eight career starts under his belt and was very inconsistent as a starter.

There are also people around the league who will look past the stats and see the potential he possesses to be a franchise quarterback. Sooner rather than later, we will see the real Brock Osweiler stand up.