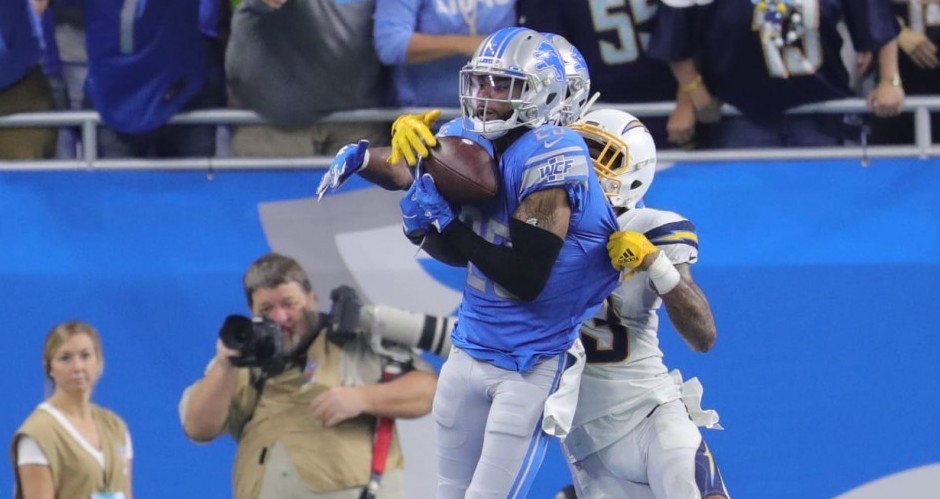 If last weekend’s game-winning overtime touchdown was a fairytale ending, Sunday’s final play against the Lions was nothing short of a nightmare. With 1:03 left in the fourth quarter, and his team well within field goal range headed for a second consecutive overtime dual, Philip Rivers threw an inadvertent interception in the end zone that cost the Chargers the ball game and sent the injury riddled team to 1-1 on the season.

You can’t fault Rivers for ‘trying to make play’ – a term made famous by seemingly every commentator to ever call a Brett Favre game – but the decision was questionable at best. Rivers target in the end zone, Keenan Allen, was blanketed by Pro-Bowler, Darius Slay. Even more of a head-scratcher, the interception came on 3rd and 19 from the Lions twenty-eight yard line. Very uncharacteristic of the sixteen year vet to say the least.

The Chargers never really got into a flow against the Lions. Jetlag? Perhaps. Not enough time in the pocket for Rivers with Pro Bowl left tackle, Russell Okung, still sidelined? It’s possible. Too many mounting injuries all at once? It’s likely, but that excuse is getting old. In any event, the Chargers opening possession was a microcosm of the whole game: A minimal gain by running back Austin Ekeler and 2 incomplete passes to Keenan Allen.

Noticeably absent from today’s game – and a stark contrast to last week’s performance – was Ekeler’s big play ability and the instantaneous shot of momentum that he brings to the Chargers offense. Filling in for Melvin Gordon (holdout), the back still accounted for over 100 total yards from scrimmage, but he only graced the end zone once this week (compared to three last week). Rivers nearly missed posting a second consecutive +300 yard game, but his failure to connect in the end zone this week (3 passing td’s last week) was the big difference in the game.

The Chargers defense, torched last week on the ground by Marlon Mack and through the air by Jacoby Brissett, was better – albeit – still in need of some tweaks and fine tuning. A stout defensive line showing held Lions running back Kerryon Johnson to under 100 rushing yards, after giving up a combined 203 yards rushing last week against the Colts. The defensive backfield, however, again struggled to contain wide receivers. Matthew Stafford was an efficient 22/30, for 245 yards and 2 touchdowns. Last week, Colts receiver, T.Y. Hilton, scored two touchdowns, and this week it was Lions receivers Kenny Golladay and Marvin Jones who combined to the tune of 160 yards and a touchdown. The aforementioned Johnson also caught a touchdown and went for 47 yards through the air.

The Chargers defense is certainly hurting from the absence of safety, Derwin James, who will remain sidelined for several more weeks as he recovers from a stress fracture in his foot. It won’t get any easier for the Chargers next week, however, with DeAndre Hopkins and the Houston Texans coming to town.