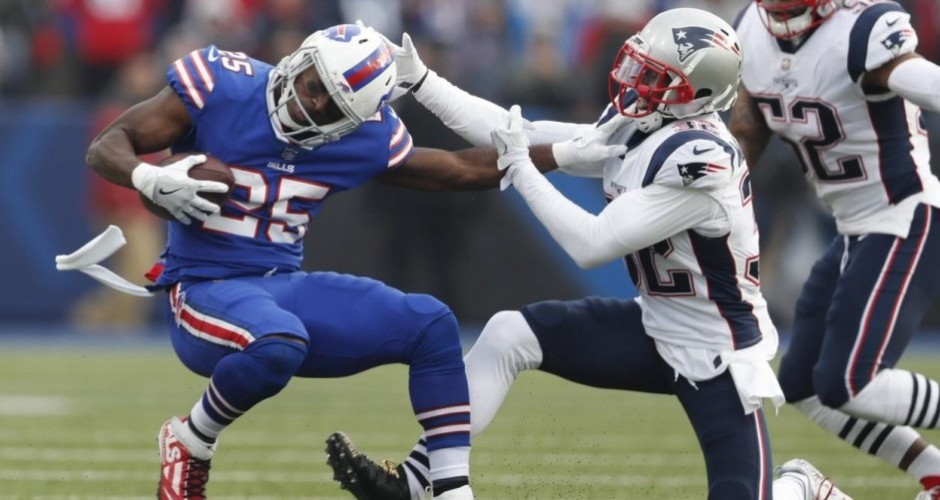 For the first time in a decade, the Buffalo Bills will host a Monday Night Football game in Orchard Park, New York. They come in to the matchup as 14 point underdogs – understandable as they are 3-28 against Tom Brady. Not to mention, the Bills will be starting Derek Anderson, a 35-year-old quarterback they picked up off the streets just a few weeks ago.

While it will be difficult to expect much from Anderson, the Bills offense will need something out of him if they plan to stay in this game. New England comes in to week eight averaging 30.6 points a game so the 11.6 points the Bills offense averages per game – the lowest in the NFL – will not be enough. Look for Anderson and the Bills to rely on LeSean McCoy and the Bills defense to slow the game down. Buffalo’s D ranks among the league’s best only allowing 320.9 yards per game to opponents, good enough for fourth best in the NFL.

One of the key matchups in this AFC East battle will be Bills corner Tre’Davious White versus the Patriots receiving core. White has proved to be more than worthy of the first round pick Buffalo used on him in the 2017 NFL Draft and has caused fits for opposing receivers. Pats tight end Rob Gronkowski knows all about the frustration White can cause. Just last year Gronk cost himself a game check when he took a blatant cheap shot to the back of White after an interception in Buffalo.

White has been shadowing opponent’s number one receivers for much of the year but with so many weapons available to Brady that may not be the case this Monday night. Reports are that Patriots receiver Josh Gordon will be disciplined for tardiness which will result in the troubled wide receiver missing multiple series – possibly even a full quarter’s worth of playing time. Even if Gordon sees less playing time, Brady will still have Julian Edelman, Chris Hogan, and Gronk at his disposal.  It will be interesting to keep an eye on just how Buffalo decides to utilize their star corner.

Kickoff is scheduled for 8:15 PM (ET). At halftime Buffalo will retire the number of legendary running back Thurman Thomas. Thomas is one of only eight Bills in the NFL Hall of Fame and is currently ranked 16th on the all-time rushing leaders list. Thomas played a pivotal role in the Bills four Super Bowl trips in the early 1990’s. Hopefully the mood at halftime will be one that allows fans to enjoy the ceremony.