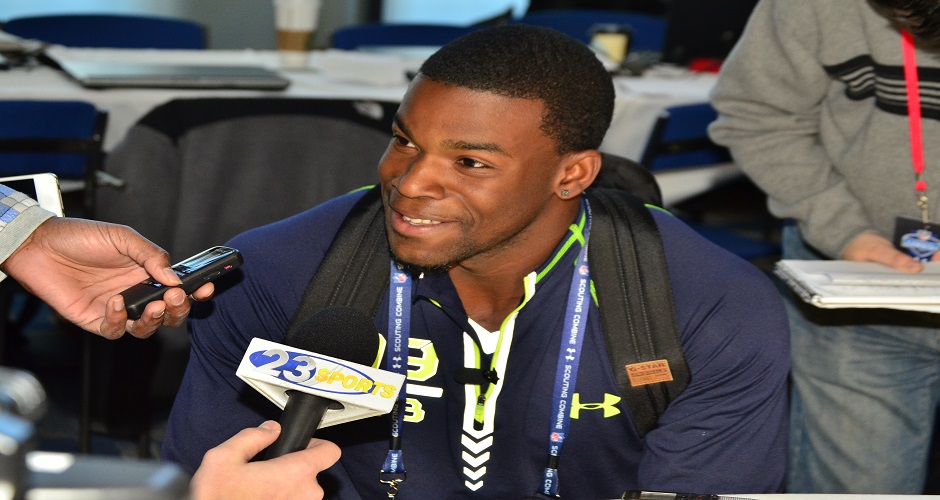 In 2011, Missouri running back Henry Josey suffered a gruesome knee injury against the University of Texas which would sideline him for nearly two years. His injury was consistent with those seen in car accidents. The MRI revealed that Josey tore his meniscus, and ruptured his Patellar tendon, MCL and ACL, injuries which required a total of three separate surgeries to repair. Reflecting on the injury and his rehabilitation, Josey said, “I cried everyday, the process was extremely difficult. It took six months before I could use crutches to walk.”

While he knew rehabilitating the knee injury would not be easy, Josey maintains that he always planned to return to the game of football. He also revealed that his doctors never told him he couldn’t return to football.

“The most difficult part of my recovery was actually doing something for myself,” he said. “I got so used to people doing things for me that I began to rely on others too much.” When asked if he ever wanted to give up during rehab, Josey said, “I received so much mail from people around the country offering their support that I couldn’t give up.”

Josey’s first appearance after the injury came in the 2013 season opener against Murray State, where he rushed for 113 yards on 13 carries and one touchdown. At this point, he realized his dream of becoming a running back in the NFL was back on track. Culminating his season with a 92-yard performance on 12 carries in the Cotton Bowl against former Big 12 rival Oklahoma State, Josey felt it was time to pursue his dream of entering the NFL draft. After all, he did finish the season with 1,166 yards on 174 carries and 16 touchdowns. His 2013 production is greater than many of his contemporaries, but oddly enough, he finds himself rated as one of the lower-tier backs at the 2013 NFL combine.

If he is able to perform the way he anticipates, Josey could see his stock rise dramatically. When asked what he hopes to show NFL teams this week, Josey said, “I hope to show teams that I have the same explosiveness I had before I got hurt. I’m actually more explosive.

“I’m not going to give any specific time as far as running the 40-yard dash, but just know I’m going to run very fast.”

Looking to prove that he’s an excellent “hands catcher” of the football to make teams aware of his versatility.

“I’m much more than just a running back, I can catch the football, I can split out wide and I can pass protect,” he said.

“I’m not just a running back.”

He also believes himself to be a better person for going through the injury that kept him from the game he loves for nearly two years. During the time he was unable to play, many doubted that a return to football was possible. He heard all the negative talk and used it to propel him to where he is today. With all the adversity he has faced and overcome, he is now more fearless and determined than ever before.

With each accomplishment, Josey continues to inspire those who have been following his journey. It is my hope that he performs well this week and beyond, so he can continue to add to his incredible story.