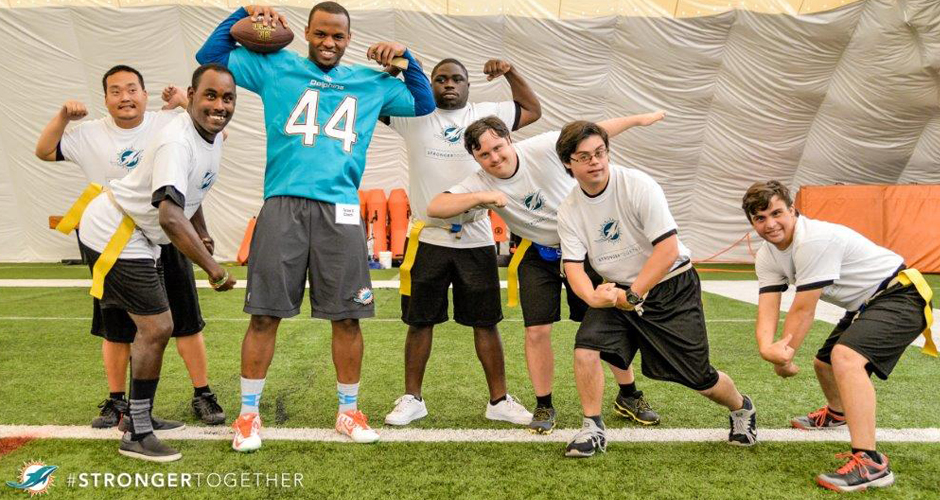 “It is such an honor to work with the Dolphins for the third year in a row, to provide this wonderful opportunity to our athletes,” Special Olympics Florida Area Director Linsey Smith said. “This has become a tradition that we look forward to each year and credit this partnership with the large increase we have seen in flag football participation.” 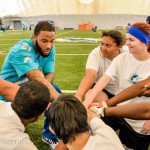 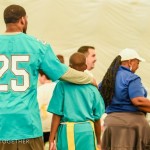 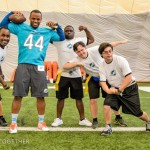 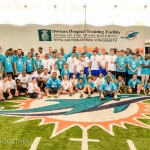 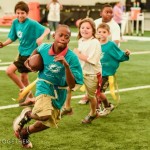 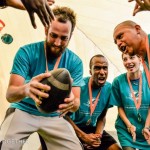 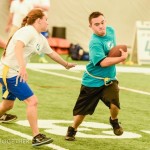 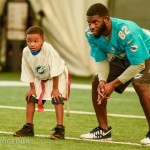 “It was a cool day coming out here and playing with the kids, running around with them and seeing how happy they were to play with us and have us coaching them,” Miami Dolphins second-round draft pick CB Xavien Howard said. “It’s important to give back, because there are kids that don’t have an opportunity to do what we were doing right now. We are helping them out and giving them some feelings that we get when we’re playing. We had a blast with them.”

The rookies and Special Olympic athletes in grades 6th-12th played flag football games with a high level of energy and plenty of team spirit.

“Today was outstanding. We came out here to have fun. We got the best Miami Dolphins team. It was so awesome. The players are pretty awesome. I can’t wait for the new season, the new stadium being built. It’ll be very exciting,” Special Olympics athlete Max Mogul said. “I think we played really good. We played like champions.”

This event comes ahead of the Dolphins hosting Dolphins Academy Summer Camps for kids ages 5-15 at the Baptist Health Training Facility at Nova Southeastern University. For further information on this, and all Dolphins events in the community, please visit MiamiDolphins.com.