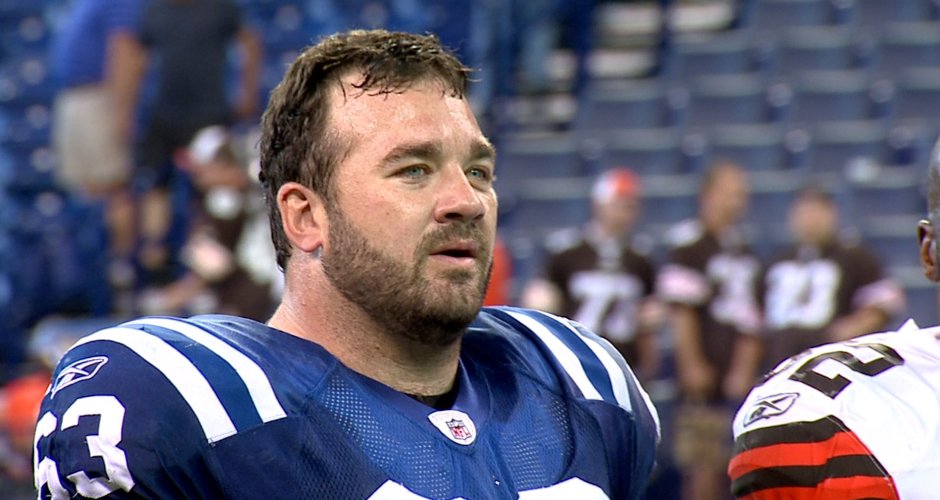 When you think of Jeff Saturday the words, dedicated, leadership, and commitment should come to mind.  Saturday played for only two teams in his career, the Indianapolis Colts from 1999-2011 and the Green Bay Packers in 2012. With those teams he started 202 games throughout his 14 year career. He was a six time Pro Bowler, two time first team All-Pro, NFL Alumni Offensive Lineman of the year in 2007  and a Super Bowl champion.

As Draft Day 2015 approaches, Saturday shared his thoughts and advice for the next generation of NFL players getting ready to embark on the next leg of their journey.  He told Melissa Mahler of Pro Player Insiders that one of the best things players can do is be a good person off the field.

Q: You were an undrafted free agent; you’ve been a symbol of the leadership and have had a great career. Going back to that time, what types of things went through your head and did you think you’d end up here?

A: I definitely didn’t think I would end up here. Fourteen years, I never foresaw that in my future and winning Super Bowl going to Super Bowl, Pro Bowls, you name it, all icing on the cake. I was so fortunate to go through what I did and be on the Colts for as long and the Packers as well for my last year.

Just coming in your scared to death you don’t really know. I remember Jim, my first week he’s screaming at us and he’s like I got a hundred guys who will take your job. The guy beside me was like he’s serious  he will fire us all today and just how nervous I was that I wasn’t going to have a job that quick you go from being on a NFL team to being on the street.

I tell guys all the time, don’t let the draft define you. Honestly after the first and second round we’re all about the same.  Some guy may have got a little bit more and he may get a chance before you, but we are all going to get a chance. Jim provided me with that for many years. Your play will dictate your career and if you can play in this game and you can perform well when it matters you’ll have a great shot, and you will show somebody.  The great thing is you have thirty two opportunities, so if it doesn’t work with one, the eye in the sky doesn’t lie it will show you. Somebody else will give you the opportunity.

I tell them guys to make the most of it and be a pro. This is no longer a game, when you’re here it’s about value and if you can add value to a team by what you do on the field and off the field and in the community. Now they have an asset. If you just think you can go through and walk through the motions and the ability to show up on Sundays and they will keep you around that are now how this game works. They want the complete pro, they want the guy that shows up on time, does what he’s supposed to do when it matters, that he’s accountable to his team and to his community.

That’s the process I try to tell guys all the time. It’s bigger then what you do on field. You have to be a good player, I would have not played fourteen years on just my ability alone, it was the full package of what I brought to the locker room, the confidence teammates could have that I was going to be there and be accountable and what my wife and I brought to the city of Indianapolis. All those things contributed to the length of my career and that’s what really guys should focus on being a complete man and growing as a man.

When you come out your still a baby;  22,23 being through college, I understand that our  man but you haven’t paid your own bills yet you haven’t don’t any those and that’s the process you begin to learn but that’s what really matters the most.