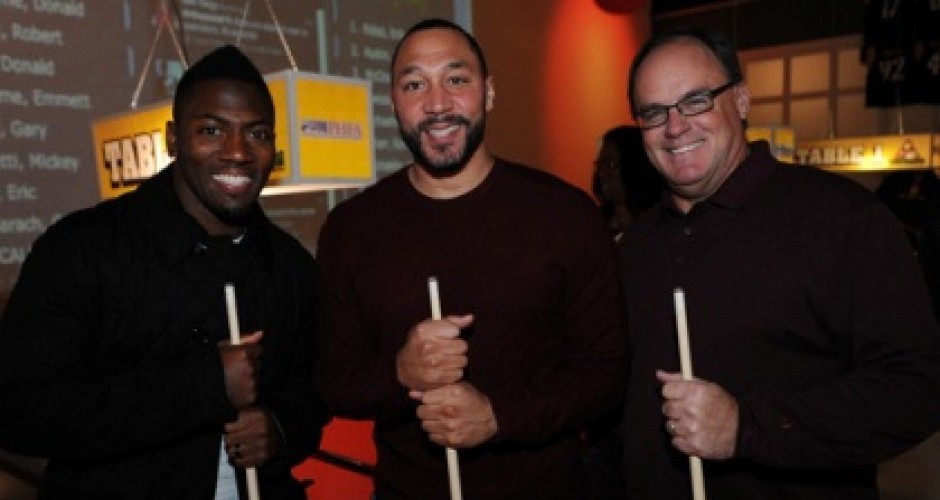 With the NFL draft coming up, we are sharing this interview Melissa Mahler did with former Pittsburgh Steeler Charlie Batch who shares how he just tried his best to get his name out there and for his name to be recognized amongst the fleet of college players coming out.

He did the workouts, participated in the all-star games – anything that would give him a better chance to realize his dream. Since there weren’t a lot of players who came out of Eastern Michigan he had no one to learn from, he had to experience it all himself and, as he puts it, he needed to “keep the blinders on and keep on going.”

His advice to players who are entering the NFL draft is to not “worry about it, let it play itself out.” Batch continued, “However it unfolds, whether it’s a first round or a free agent all you can ask for is the opportunity. As long as you don’t lose confidence and go out there and know you can perform well and don’t get caught up in anything else – you can go out there and make it happen.”

Batch has wrapped up his career in the NFL. Although he was drafted in 1998 by the Detroit Lions, his home since 2002 had been at Heinz Field playing for the Pittsburgh Steelers. A look at Batch’s career is one that may be dubbed as a “career backup” but there’s more to Batch than that. Most “career backups” float around year to year having to relocate themselves for a paycheck, but not him. Charlie Batch was able to make himself a fixture in the Pittsburgh Steelers locker room and a leader on and off the field.

Related articles across the web