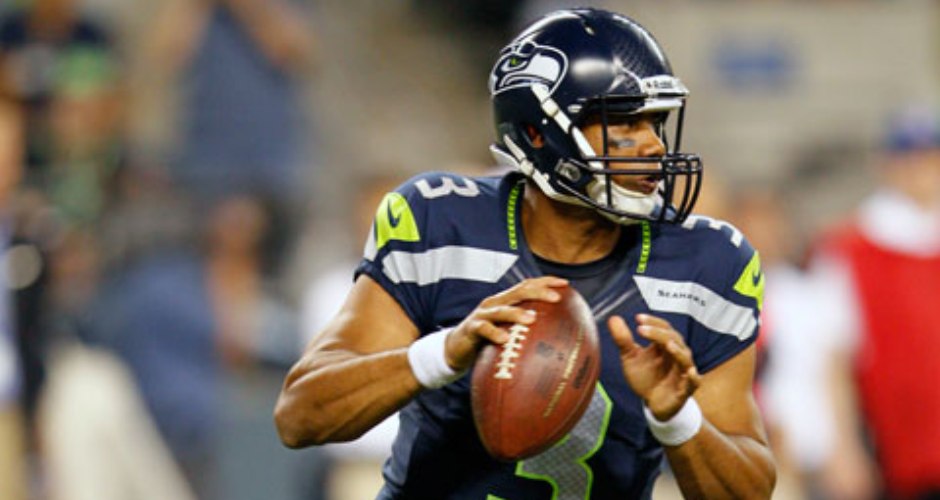 Moving the NFL draft back a month didn’t work. . . I’m still itching for the 2014 season with an obsession most associated with addiction. Fortunately, for me and the football fans of the world, that will all be subsided on Thursday, September 4th as the regular season officially kicks off. So also begins my renewed charge to bring you the best of the best every week in the Student of the Game’s Match-up Mania.

Isn’t it a requirement that I pick opening night as one of the featured contests of the week — especially when it’s the first rematch of these teams since replacement officials brought us the “Inaccurate Reception” resulting in a 2012 Packer victory? Whether that’s true or not, the offense of the defending NFC North Champion Green Bay Packers against the defense of last year’s Super Bowl Champion Seattle Seahawks is a pretty fun concept at any rate.

In the past, their hallmark was a corps of pass catchers deep enough that there was speculation whether or not there was enough touches for each talent in a given game. Green Bay has since parted with wide receiver James Jones and aren’t elite at the tight end spot any longer.

This isn’t to say they still don’t have big names to catch the ball. Jordy Nelson and Randall Cobb are explosive talents. Pairing that with a top 3 caliber quarterback in Aaron Rodgers, they can still pass the rock proficiently. With that in mind, the goal in 2014 is to be a balanced attack. That hope rests on the back of sophomore running back Eddie Lacy. With James Starks, the #2 running back, adding solid depth at the position, Lacy and the air attack may be the recipe to challenge defenses and improve the team from last year’s 8-7-1 finish.

That being said, safety Kam Chancellor, safety Earl Thomas, cornerback Richard Sherman lead the Seattle pass defense — the best in the league on paper. Adding that defensive ends Cliff Avril and Michael Bennett as well as linebackers Malcolm Smith and Bobby Wagner anchor a solid front seven, even if the Packers achieve a balanced offense, they will have their hands full moving the ball.

This means that QB Russell Wilson will be given an easier effort in leading the Seahawks pass offense without wide receiver Golden Tate who is now playing in Detroit. While wide receivers Doug Baldwin, Percy Harvin, and tight end Zach Miller will have their role, I expect running back Marshawn Lynch going into “Beast Mode” will be central to efforts putting points on the board — especially with Packers defensive tackle BJ Raji likely out for the contest.

This game comes down to which is more likely to happen: Will Aaron Rodgers lead an effort past the defensive demon that is Seattle’s squad, or will Green Bay lessen Lynch’s production on the ground? Considering the confines of Century Link Stadium house Seattle’s legendary “12th man” fan support, the loudest in the NFL, I see Rodgers getting defensively double-checked by the defending champs.

This match up was an epic game in 2013. The old hero of Indianapolis, quarterback Peyton Manning, faced former Colt comrades for the first time with his new team, the Denver Broncos. Another first occurred that evening which decided the game when defensive end Robert Mathis forced Manning to fumble the football.

That crucial turnover paired with the new face of Indy, quarterback Andrew Luck, led to a Colts win.

Now Peyton will host his old squad for the first time. This time, however, the circumstances are different. Mathis will be suspended during this game due to a substance policy violation, weakening an already mediocre Indianapolis defense. Conversely, the Broncos brilliantly bolstered their ability to stop offenses with acquisitions such as Aqib Talib at cornerback, defensive end DeMarcus Ware, and TJ Ward added as a safety.

In short, it’s an all-time great single caller in Peyton Manning for Denver facing a weaker defense made worse against the Colts’ signal caller facing an improved defensive unit on the road. Andrew may be great under center, but Luck will need some luck of his own to help his team go 1-0.

As far as unpredictable divisions go in the NFL go, the AFC North, in my view, is the toughest to forecast due to the identity changes, injuries, roster changes, contract extensions and suspensions that have occurred in the past couple of years. Pairing this element of mystery with the impact of a intradivisional game that could help decide the champion is the reason why I choose the Ravens and Bengals as a pairing to watch. (Sorry, Steelers and Browns fans, you’ll need to offer me more proof that your squads will be more than “also rans” who will at best be possible postseason Wild Cards when we cross the finish line in 2014.)

The defending AFC North champion Bengals got to their 3rd straight playoff appearance despite top level players like cornerback Leon Hall, defensive tackle Geno Atkins, and tight end Jermaine Gresham struggling with injuries for a lot of if not most of the season.

Meanwhile, it was this adversity that revealed the talents of linebacker Vontaze Burfict and rookie sensation running back Giovanni Bernard. Despite previous promising performance, the post season’s first round exit for Cincy marked the third in as many years and has led to miles of criticism which was compounded by the contract extension of Andy Dalton at quarterback.

Conversely the Ravens are the personification of why the “Who Dey” nation (not to be confused with the more famous Saints’ “Who Dat” nation) is so worried about Dalton’s deal’s long term impact on the franchise. Baltimore is currently living the aftermath of quarterback Joe Flacco’s deal he signed after winning the Super Bowl two seasons ago. The $30 million guaranteed cash in Flacco’s contract led to the shipping of solid defensive contributors like Paul Kruger and Danelle Ellerbe at the linebacker spot, but it could be argued that the biggest salary cap casualty was the departure of wide receiver Anquan Boldin. Paired with Dennis Pitta’s significant time missed at the tight end sport due to a hip pointer injury and the virtual disappearance of star running back turned fantasy football pariah, Ray Rice, Flacco floundered and the Ravens missed the playoffs. Come 2014, Ravens’ GM Ozzie Newsome broughtin former Panther poster boy and top pass catcher Steve Smith to help revitalize the Baltimore air attack.

Since both teams posses potentially balanced structures on offense and stout presence on defense, this is a game where I’d look first to signal callers’ performance to most directly affect the outcome (even more than it does in most football contests). For my money, I’ve Dalton over Flacco every time as the Bengals get the advantage in the win/loss record to open the season.

I’m certain of those reading this, someone will ask why I think this match up worth featuring. For one, I don’t think that 2 playoff caliber teams have played the second game of the Monday Night Football doubleheader since it was first instituted as a custom by ESPN. (And I’m still hopeful that Mike Golic and Mike Greenburg don’t call a football game together ever again).

Yes, I know that Arizona didn’t make the playoffs, but for a team that had to play the eventual Super Champion Seahawks, the NFC runner up 49ers, and the Rams twice each, putting up double digit wins is far more impressive than last year’s 6th seeded Saints getting their 10th win on the strength of a bad call.

Then on the other side,there’s the San Diego Chargers achieving something no one considered in 2013′s offseason — 3 AFC West playoffparticipants. Can’t help but notice that Bolt Head Coach Mike McCoy brought an offensive revival to the Chargers strong enough that my Comeback Player of the Year was quarterback, Philip Rivers.

With weapons like wide receiver Keenan Allen, Future Hall of Fame tight end Antonio Gates and running back Ryan Matthews, there’s no reason to expect that offense to fail until it hits a solid defense.

Enter the Cardinals. . . This is the kind of defense that could cause problems for any offense to move down the field in 2013. However, since then linebacker Karlos Dansby left, linebacker Daryl Washington is suspended for the year, and D-lineman Darnell Dockett is out for the year on injured reserve. To start 2014 there are now some question marks on this Arizona defense.

This game boils down to which defense is better. The Chargers crew or the patchwork squad of Arizona. In the end, I see Carson Palmer slinging strikes to Larry Fitzgerald and company to lockdown the ‘W’ as the defense still does enough to slow the flow of Rivers.

Both these teams are looking for redemption and have an opportunity to takethe first step towards that goal in the opening game of the Monday doubleheader. Will the Giants’ field general Eli Manning return to form after leading the NFL in interceptions in the previous season or will the Lions return to their 2012 playoff persona that won the NFC North? While Jim Caldwell may bring a new feel to the Detroit franchise, it’s what the Giants new offensive scheme will do for Manning to out gun Lions ‘ quarterback Matthew Stafford in the shootout that will ensue.

According to my predictions made in August, the NFC South will be the closest division in the league when its champion is decided after Week 17. This being a divisional game this outcome is made important already.

The main reason to watch this one, however, is to see how well the Atlanta Falcons are both mentally and physically recovered. Atlanta wide receivers Julio Jones and Roddy White spent several weeks in 2013 benched due to injury while Stephen Jackson, their running back, missed significant time as well. Their ability to match the Saints offense led by quarterback Drew Brees in a shootout is a reliable barometer as to whether they are back to form yet or not.

On the New Orleans side, will tight end Jimmy Graham perform at his usual high level now that he’s landed his long-term contract with the club? This pairing should give us an early glimpse in to both these topics.