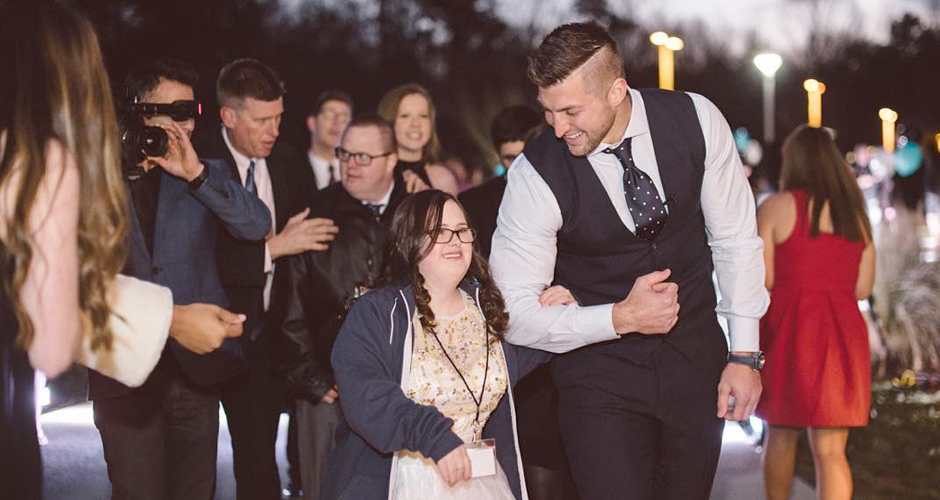 In the NFL today, players make an impression on their fans in many ways. Kids want to throw passes like Brady, make spectacular catches like Beckham, and break tackles like Lynch. Most fans don’t realize that off the field, their favorite players make a substantial impact through their charitable foundations; working to change lives for the thousands. The following is our list of the top ten NFL player foundations and the great works being done by these men and their organizations.

Inspired by his own struggle and diagnoses of borderline personality disorder (BPD), Chicago Bears, Wide Receiver Brandon Marshall created the Project Borderline Foundation to help those who suffer from the illness. According to the National Alliance on Mental Illness, BPD is a condition characterized by difficulties in regulating emotion. This difficulty leads to severe, unstable mood swings, impulsivity, and instability, poor self-image and stormy personal relationships.

During the summer of 2011, Marshall was diagnosed with BPD at McLean Hospital in Boston, MA. When asked about his foundation on CBS This Morning (March 8, 2012) Marshall said “Our mission is to spread the word about [BPD], fight stigma, educate, advocate, reach out, bridge the gap, and change the face and future of this disorder…” The foundation continues to help raise awareness of BPD through annual walks and Marshalls’ speaking engagements.

2. Tim Tebow (QB, Free Agent) At a young age, Tim Tebow’s parents instilled in him the importance of God and spreading God’s word, and the Tim Tebow Foundation does just that. According to their website, the Tim Tebow Foundation focuses on spreading religion to children around the world with a host of programs such as: W15SH Program, Timmy’s Playroom, Tebow Cure Hospital, Orphan Care, Team Tebow, and Night to Shine.

Timmy’s Playrooms are built in children’s hospitals around the world to bring Faith, Hope and Love to patients and their families. The rooms provide an atmosphere that allows the children to take their minds off their medical treatment and just be kids again. Similarly, the Night to Shine program reaches out to those who are mentally disabled by giving those children a prom night centered around God, in hopes to show these children God’s love for them.

3. Also inspired by his own disease, Chicago Bears, QB, Jay Cutler created the Jay Cutler Six Foundation which focuses on helping children treat and conquer Type 1 diabetes. The foundation aspires to make the lives of diagnosed children more enjoyable, through a series of summer camps, as well as giving youth the opportunity to attend Chicago Bears games and practices, as well as meet the players both on and off the field.

Cutler says, “…it is important to me that my foundation is able to directly help children the children enjoy the same summer camp experience as their friends”. While Cutler accredits a lot of his career to his supporting cast of coaches and fellow players, he finds the drive to achieve success inside of himself. “A lot of it has to do with my teammates, obviously, and good coaching. But some of it is I just wanted to be able to prove people wrong”, says Cutler.

4. Drew Brees, QB, New Orleans Saints started the Brees Dream Foundation in 2003 to help children with cancer win their battle, and live a healthy life from that point on. The foundation focuses on aiding with cancer research, providing care, education, and opportunities to children and families affected by cancer. To date, the Brees Dream Foundation has contributed over $25 million dollars to charitable causes globally.

The foundation also runs the Brees Topgolf Challenge which held the second year event on June 12, 2016. In 2015, the golf challenge raised over $250,000 to combat child abuse.

On June 25th, the Brees Dream Foundation will hold its 3rd annual 7-on-7 tournament in Disney’s Wide World of Sports Complex in Orlando, FL. The tournament consists of teams in two divisions that play in a tournament over 2 days, with the winner donating $5,000 to their respective schools.

5. Ben Roethlisberger (QB, Pittsburgh Steelers)- The Ben Roethlisberger Foundation was created in order to support police force and fire departments, with a concentration on the K-9 units and service dogs used. Big Ben has always had a love for animals instilled in him by his father, saying “My Dad instilled in me a love and respect for animals. This is a good way to combine that passion with a desire to support the police and fire departments, which deserve all the appropriate resources needed to protect our cities and neighborhoods, and allow these brave men and women to arrive home safely.” on the foundation’s website.

6. Ndamukong Suh (DT, Detroit Lions)- One of NFL’s roughest and meanest players on the field plays an entirely different role off the field. Suh has created the Ndamukong Suh Family Foundation, which strives to create success in underprivileged communities through charities and fundraisers. Suh, along with his sister Ngum, opened up the NSFF in 2010 based on their family’s dedication to charity and helping the well being of others. In addition to donations towards breast cancer funds, the NSFF has made significant donations to  the learning community and child education. The 90 Backpack Program, which identifies 90 children in need and provides them with a backpack for school and all the necessary supplies for the student to succeed in school. In return, the student is asked to sign the UNofficial SUH’s Scholars agreement, which encourages students to achieve at the highest potential both in school and in their social lives.

7. The Jackson in Action Foundation, created by Vincent Jackson, WR, Tampa Bay Buccaneers, is devoted to making the lives of veterans and the families of veterans easier following war-time stress. Launched in 2012, in honor of his mother and father, who served in the military for 21 years, the foundation supports both the emotional and financial needs of these military families through the donations and charity events they hold. The foundations’ original mission was to help parents connect with the children while they were at war, something he had been through when his parents were at war. However, Jackson realized the foundation had larger potential and decided to expand the charity to support military families in every way. The foundation’s first achievement was a donation of 250 game tickets to military families, allowing them to celebrate their return home with the Tampa Bay Buccaneers. Since then, Jackson in Action has donated tickets to home games on numerous occasions for all sports in Tampa Bay, including the NHL’s Tampa Bay Lightning and the Arena Football League’s Tampa Bay Storm.

In the summer of 2015, the Jackson in Action Foundation held their second annual Military Moms Baby Shower which celebrated 40 military moms and their children. In total, the foundation distributed almost $50,000 in merchandise to help military families welcome their newborns.

8. JJ Watt (DE, Houston Texans)- The JJ Watt Foundation was founded to provide a safe environment for middle-school aged students to grow on an athletic level, while also teaching the responsibility, accountability, and respect for teammates needed to succeed on and off the field. The foundation held its fourth annual softball charity game on May 14th, which includes both offensive and defensive players from the Houston Texans competing on the field. They have also received sponsors from hundreds of organizations and companies, such as Sports Radio, Wilson, and Papa Johns.

9. Larry Fitzgerald (WR, Arizona Cardinals)- The First Down Fund works together with Larry Fitzgerald to provide time and money to organizations focusing on helping children across the country. The fund hopes to provide children in difficult situations with an opportunity to play sports within their community. The fund supports families in crisis with both health and financial support needed to better their lives. Fitzgerald has also traveled with his foundation across the globe to help children with harsh living conditions, as well as making trips to U.S. troops in the Middle East for support and entertainment. Fitzgerald has become one of the more charitable players in the NFL, and uses his First Down Fund to donate money across the globe to those in need.

10. After being drafted by the Cincinnati Bengals in 2011, QB Andy Dalton created the Andy & Jordan Dalton Foundation with the help of his wife Jordan. They started their charity with the kids at the local Cincinnati hospital, with the only intention to bring smiles to the faces of children. When asked about the foundation, Jordan Dalton said, “You really see the direct effect the Foundation has on families. That’s where my heart was when we started the journey. They’re so appreciative of anything that can be done.” According to the foundation’s website, the Andy & Jordan Dalton Foundation was founded because Dalton always had a love for charity and community help. His inspiration for this foundation came from his community help in his hometown of Katy, Texas. To date, the foundation has helped the lives of over 915,000 families through fundraiser events such as the Celebrity Waiter Night, where Dalton and his teammates serve as the waiters to those who pay for a ticket to the event.