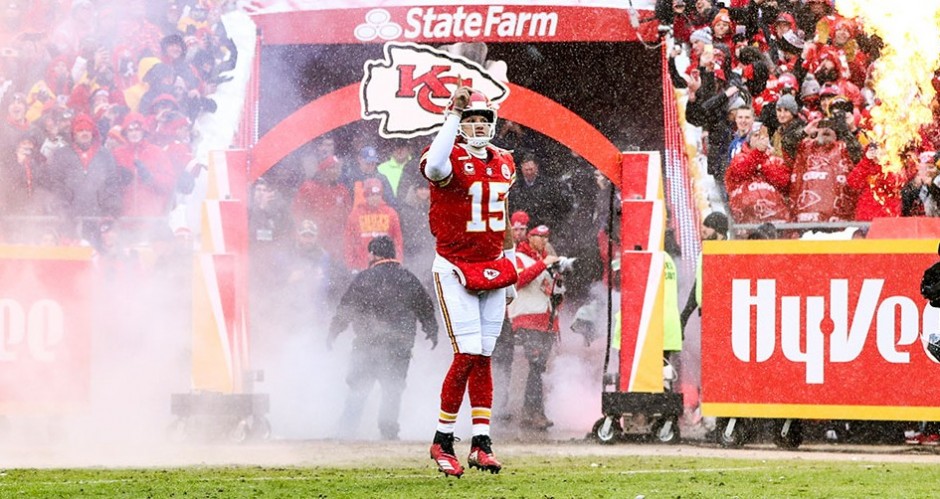 The Kansas City Chiefs have a match-up ahead against the NFL’s arch nemesis, with a chance to play hero. Patrick Mahomes, the young gunslinger, will have an opportunity to add to his prolific season with a win against Tom Brady and the New England Patriots.

For any quarterback going against Brady in the playoffs, it’s important to handle the big moment and be able to take over a game when need be.

For those that beat Brady in the playoffs, they rose to the occasion. Peyton Manning rose to the occasion multiple times, as did his brother Eli, who rose at the biggest stage, twice. If there is any one player that should be able keep pace, if not outpace Brady, it’s Mahomes.

In his most recent Super Bowl performance, Brady threw for more than 500 yards in a loss against Nick Foles.

In their previous matchup during week six, Mahomes threw 352 and four touchdowns. While it was a loss for the Chiefs by a score of 43-40, it was a shootout with both teams getting on the board each quarter. In the playoffs, we’ve seen time and time again it come down to the final quarter, better yet, the final minute.

In the 4th quarter during the 2018 season, Mahomes threw for a total of 11 touchdowns, tied for third behind Kirk Cousins and Deshaun Watson. In the second half of games, Mahomes was the touchdown champion, throwing 24 of his 50 touchdowns.

For Mahomes, his ability to handle the pressure at such a young age while being compared to others such as Aaron Rodgers and Brady, has been remarkable. A lot of that should be credited to his upbringing. During his childhood, young Mahomes had a lot to look up to as his father was an MLB pitcher. Given the experience of being around professionals at such a young age has undoubtedly helped him mold into a better and more mature pro in the NFL. Head coach Andy Reid of the Chiefs spoke about 23-year old Mahomes and his leadership ability, “He’s young, but he has that ability to influence and make people around him better. He does it with his teammates. He brings a certain energy with him.”

With Bill Belichick getting a sneak preview of Mahomes and his playing ability earlier this season, the young quarterback can expect a different, and likely more aggressive, game plan. Mahomes will have to adjust quickly and identify the wrenches thrown at him right from the opening drive. In New England, Belichick and his troops are 11-0 against rookie quarterbacks. Sure, they aren’t home this time around, but that barely makes a dent in the Patriots gameplan.

New England and Kansas City are set to get started at 6:40pm on Sunday at Arrowhead Stadium.