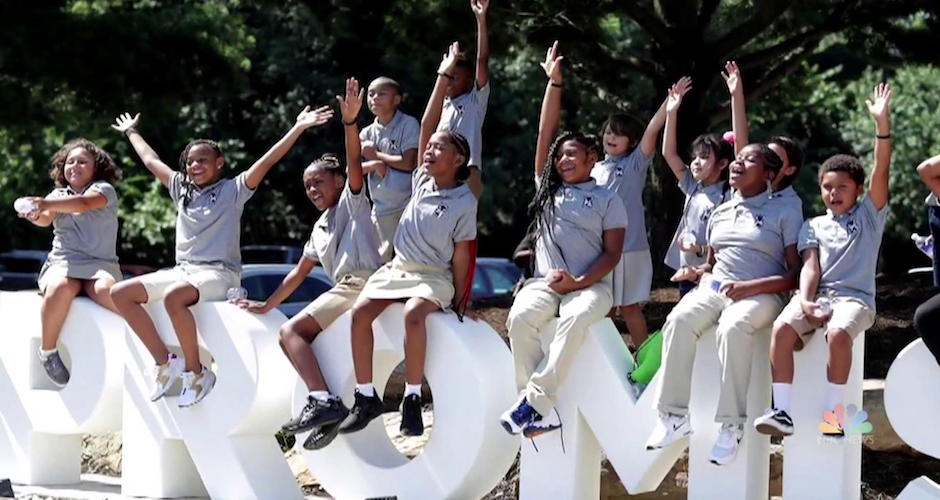 Basketball superstar Lebron James made the boss move of all boss moves when he announced the opening of ‘I Promise” School in his hometown of Akron, Ohio. At first glance, it seems like just another school but it’s actually a game changer. ‘I Promise’ is a public, non-charter school for low-income, at-risk kids in Akron that offers students an opportunity of a lifetime.

James launched the school with some of his own childhood experiences in mind. Growing up in the inner city and a charter student himself, James personally understands how the challenges of your environment can directly correlate with your success at school. For example, when he was in fourth grade, he encountered chronic absenteeism, missing over 80 days of school. Many of the school’s features are meant to foster a positive environment and meet the needs of at-risk kids, decrease the prevalence of dropping out of school, increase graduation rates, and ultimately college attendance.

The jitters before the first day of school are real right now!!! Tomorrow is going to be one of the greatest moments (if not the greatest) of my life when we open the #IPROMISE School. This skinny kid from Akron who missed 83 days of school in the 4th grade had big dreams… https://t.co/PwmRaHRfng

The school was created through a partnership between the Lebron James Family Foundation and Akron public schools. ‘I Promise’ opened to a group of 240 third and fourth grade students with a goal of expanding to first through eighth grade by 2022. The children attending the school randomly selected from a pool of Akron students whose reading levels were a year or two behind where they should be.

The kid from Akron with his kids from Akron. #IPROMISE #WeAreFamily pic.twitter.com/NbRp3BN4SY — I PROMISE School (@IPROMISESchool) July 30, 2018

Not only is James proving that he is more than an athlete, he is showing that he is also an amazing individual. ‘I Promise’ is one-of-a-kind, and hopefully more athletes get on board with this model.