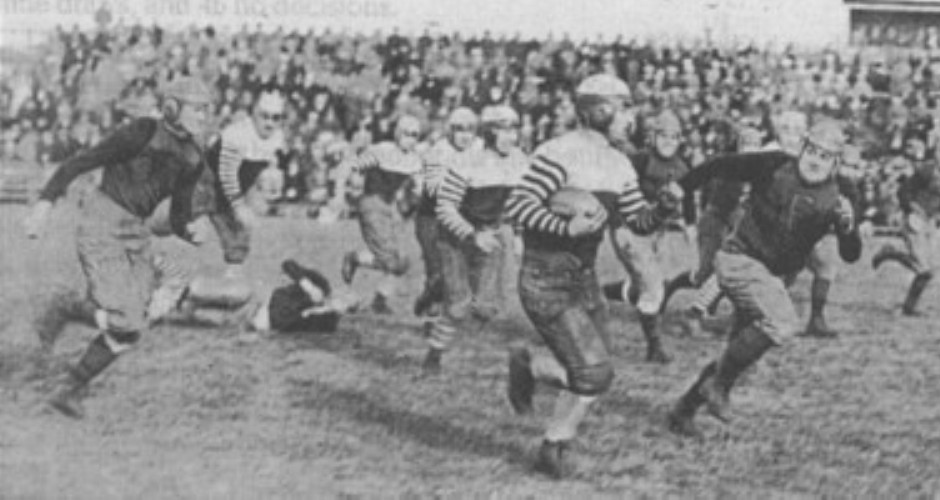 Ignacio Saturnino “Lou” Molinet was the first Hispanic player in professional football. He was a halfback at Cornell and went on to play for the unforgettable Frankford Yellowjackets in 1927. He was paid $50 per game. Lou’s not enshrined in Canton, and there is no Lou Molinet Day across the NFL every year. The fact that Motinet, a dark skinned man of Cuban decent, played in professional football twenty years before Jackie Robinson broke the color barrier in Brooklyn, speaks to the inclusionary nature and history of the game. If you’re good enough to play, then you can play.

Football didn’t catch on in Latin America during the second half of the 20th Century the way that it did in the United States. Baseball and soccer have been considered the premier sports Latin American communities.  That appears to be changing. Currently there are 31 players the NFL that the league recognizes as being of Latin decent, acknowledging that there may be more they are not aware of. Nelson Cruz, Tony Romo, Mark Sanchez, and Tony Gonzalez are some examples prominent players in the league.

It is a telling example of the natural progression the sport has made in Hispanic communities across the United States, as the generations following immigrants from Latin American countries assimilate into American culture and, with it, take up America’s sport. As the fastest growing demographic in the United States, the NFL has wisely begun an effort to reach out to that community. The league has radio and television broadcast agreements with the Spanish-language Univision and Telemundo networks in addition to ESPN, which airs “Monday Night Football” games on ESPN Deportes with Spanish play-by-play. The NFL has broadcast deals in most Latin American countries and Mexico is the league’s largest foreign market. Each team also hosts a Hispanic Heritage Game and the Play 60 campaign has set up events directed at Hispanic youth populations.

While having football available on TV should help grow the sport in Latin American communities, the real influence will come from bilingual players like Luis Castillo and Alberto Garza talking with fans about the game and showing pride in their heritage. Nelson Cruz’s salsa dance celebrations over the past two seasons are a good example of bringing a little Latin flare to the game.

Lou Molinet and his fightin’ Yellowjackets may not be well known throughout the league but they were the beginning of a growing and strong tradition.