An estimated 25% of children in South Carolina are obese (according to the South Carolina Institute for Childhood Obesity and Related Disorders). There are also increasing numbers of these children being treated for obesity related conditions such as Type 2 diabetes and hypertension. To address this alarming trend, sixth year NFL player Landon Cohen, took his recent football camp a step further. Cohen not only taught field techniques, but also educated the kids on the importance of health. “Health is very attainable but it is a choice. All the things I have learned about eating healthy, proper exercise and the right way to do things I wanted to share with these kids,” Cohen passionately explained.

Cohen’s Camp T.E.D.D. is an acronym for train, eat healthy, discipline and determination. Landon purposely design the 200 kid camp to promote healthy living while also allowing kids to see first-hand what hard work and determination can do. The camp was hosted at his old alma mater Spartanburg High School alongside his teammates and friends. Langston Moore (6 year NFL vet) a long-time friend, was there helping and assisted in providing the kids with “green” smoothies. “We wanted to give them (the kids) different ways to give them the leafy greens their body needs. It has vitamins, proteins, calcium, and all the things you need,” explained Cohen. The camp also included Relativity agent Tory Dandy, Henry Taylor (Former NFL player), Everett Dawkins (NY Giants), college players from Wofford and Southern Louisiana University.

There were also a number of high school coaches and community members to come and help as well. “A lot of people think it’s impossible to reach your goals or to be in the NFL. I was never the biggest or the strongest or the fastest but it was the discipline that I had to train and the mindset I had to never stop.” He went on to speak about growing up in Spartanburg, “There were no camps to attend to learn about eating healthy or to learn the right fundamentals of sports. Now there are Nike camps along with numerous other camps in the area which we did not have.” With this in mind Landon also focused on bringing people and resources together, “It took a community of people to raise me up, not one person.”

As Landon completed his 7th NFL season with the Chicago Bears (who fell just short of a playoff berth) and is looking forward to another strong season as a Free Agent. In the mean time, he will continue eating healthy, practicing Bikram Yoga, working on his Jujitsu and inspiring kids to make good decisions.

Theresa Villano of PPI was also able to get to get an exclusive interview to get to know a little more about the articulate Cohen off the field.
Full interview HERE:

PPI: What was your camp like last week? How did it come about?

Cohen: A buddy of mine, Langston Moore, have been doing Bikrom yoga, we’ve been juicing, and just other things that we’ve learned through our travels. We have learned ways to treat our body right. We are bigger guys so we figured how to eat right and feel good. With that we knowledge wanted to share with our community. Eating healthy and proper exercise were the premise to why I created a football camp. The football was the draw but the health information, the green smoothies, and providing what a healthy lunch looks like was important.

PPI: What was the best piece of inspiration you gave the kids?

Cohen: There are a handful of decisions that separate the 99% and the 1%. The 99% struggle and don’t do what they want to do in life. If you want to be the disciplined 1%, you have to make the right choices for you and your body and surround yourself by the right people. Life is all about choices.

Cohen Off the Field…

PPI: What is your secret talent? I heard you may rap.

Cohen: Yes I do, I rap. You can check me out on Youtube. I also do Jujitsu and Yoga.

PPI: Who is your favorite non-football athlete?

Cohen: My favorite non-football athlete would have to be Muhammad Ali. He was such an athlete, I think he could’ve played football. He was such a big, fast elusive man.

PPI: What is a non-sports website you visit most often?

PPI: Do you have a pet, if so what is his or her name?

Cohen: I do, I have a 7lb Chihuahua and her name is Beyoncé. She’s a sweetheart. She is very well trained. I had her trained with German Shepard’s so she’s on point.

PPI: Who is the person you text the most?

PPI: What is a brand that you often wear?

Cohen: I shop at Kohl’s. So whatever they have I wear pretty much. Kohl’s or Bob Marley attire.

PPI: Who is a friend from college that you keep in touch with?

PPI: What is your go-to videogame?

Cohen: Well, I just bought the UFC videogame today. I think that’s gonna be my new baby right there.

PPI: Who is your celebrity crush?

PPI: Where can we follow you? Your future community efforts and endeavors?

Cohen: My Facebook page is like my online resume of everything that I do in the community. It’s Landon M Cohen. Everything that I put it on there. I don’t really tweet that often. Check out my Instagram but I mainly use Facebook.

Stay tuned to see which team will pick up this seasoned veteran who has amazing size, talent and a huge drive to make impacts to youth in South Carolina.

-Nate Winans contributed to this article 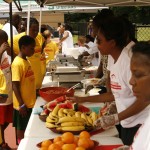 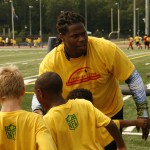 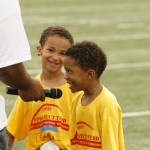 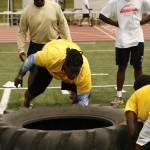 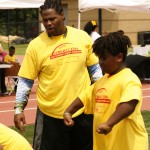 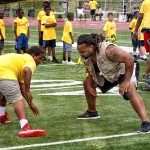 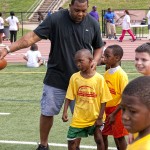 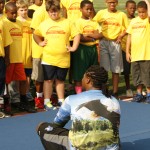 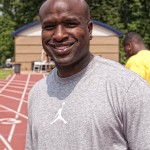 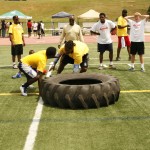 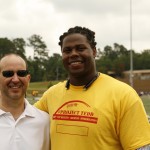 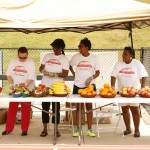 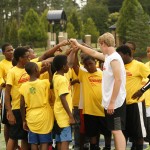 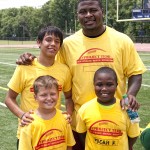 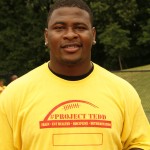 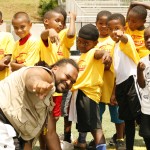 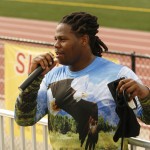 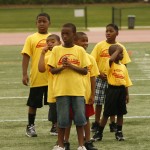 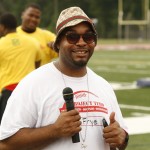 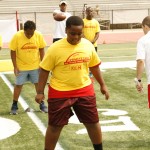 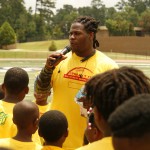 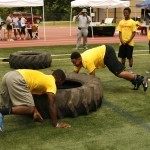