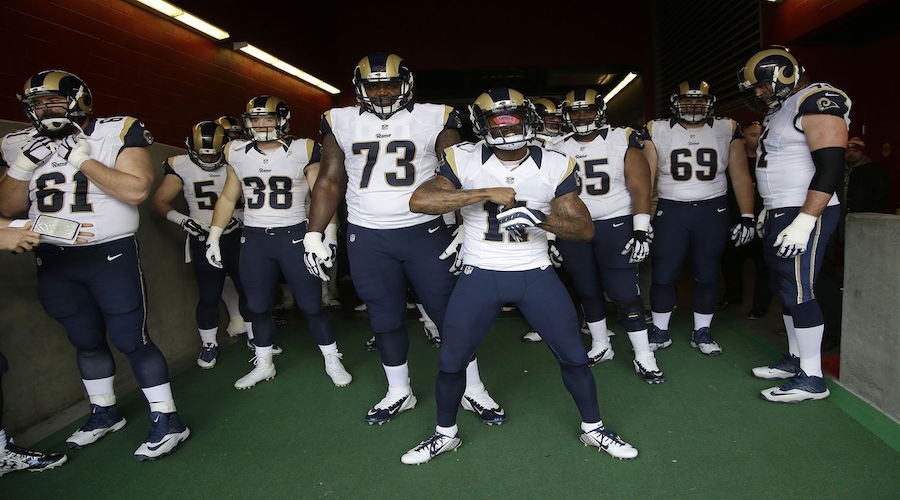 The NFL announced on Tuesday that the Kansas City Chiefs-Los Angeles Rams game scheduled for next Monday night has been moved from Mexico City to LA due to poor field conditions at Estadia Azteca.

Now with an additional home game, the Rams confirmed they are providing thousands of complimentary tickets for Monday night’s game to “first responders who are bravely protecting the greater Los Angeles community, as well as people who have been impacted by our community’s recent tragedies.”

Just last week, 12 people were killed in a mass shooting at a bar approximately four miles from the Rams’ facility in Thousand Oaks, CA. Additionally, the city has been battling wildfires that have burned over 100,000 acres of land resulting in destroyed homes and businesses, evacuations, and two fatalities. The fires also caused the Rams to cancel practice last week as some players and coaches were forced to evacuate their homes. As of now, the fire is only 35 percent contained.

I have to say it has been a crazy week for @Rams and Cali. All I can say is as we continue to see adversity and challenges keep sticking together. It sucks for Mexico City and we’re still rebuilding our lives from shootings and fires. Just remember the power of uniting together

Wish we could’ve seen Rams nation in Mexico but excited to get back in front of the home fans for MNF. See you there LA #GoRams

The Rams’ gesture is good news for an area that has dealt with two major tragedies in a short period of time. Monday night’s much anticipated matchup will be a faceoff between the NFL’s most talked about quarterbacks this season: Jared Goff and Patrick Mahomes. Both the Rams and Chiefs are 9-1.