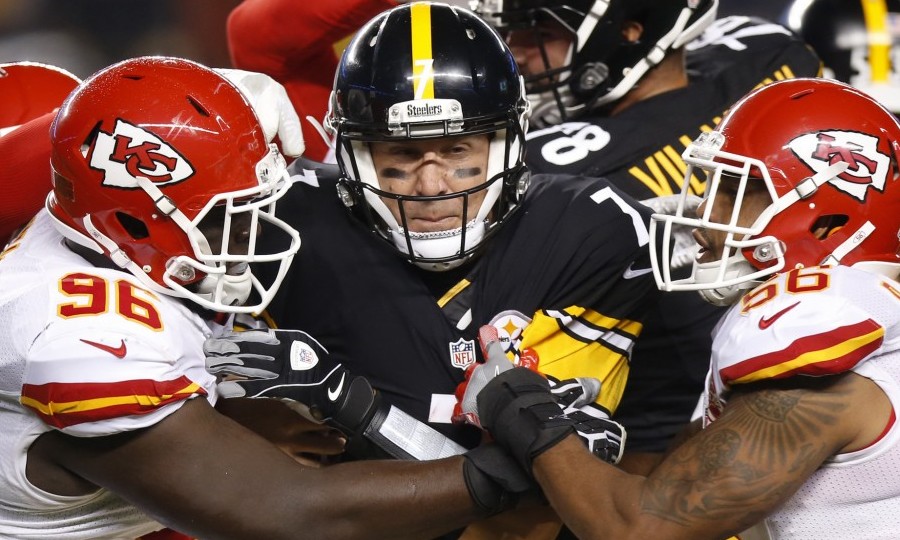 The Kansas City Chiefs are set to take on the Pittsburgh Steelers in the AFC Divisional Round in Kansas City. This game is a rematch of a matchup the Steelers won during the regular season. This is a classic case of an unstoppable offense getting ready to face an immovable defense. There is a lot on the line in this one, as the winner will punch its ticket in the AFC Championship game.

Three players to watch for on the Chiefs offense are Alex Smith, Spencer Ware, and Eric Fisher. Smith is the straw that stirs the drink for this unit. He is supposed to take care of the ball and take chances when they present themselves. Smith did a good job of that this season and that is why this team was able to steal a two-seed and win the AFC West. Back in October, he threw the ball 50 times. That is not a winning recipe for this team. Smith has to throw the ball about 25 times and mix it up with a few designed runs. Ware has to get 25 touches as a runner and pass catcher. He is explosive and he attacks the line of scrimmage with ferocity. Smith and Ware have to compliment each other otherwise one of them has to have the game of his life.

Fisher has his work cut out for him this week as he is set to face a three-headed pass-rushing monster. James Harrison, Bud Dupree, and Jarvis Jones are capable of breaking down this Chiefs attack in their own way. Harrison will try to steamroll Fisher, Dupree will speed rush, and Jones will have a combination of speed and strength. After signing an extension this year, Fisher could show his worth by holding this trio sack-less. Smith was sacked four times when they played Pittsburgh in October. He will find Tyreek Hill, Jeremy Maclin, Chris Conley, and Travis Kelce if the pocket is clean. Hill is the wild card here because he can line up anywhere.

On defense, three players to keep an eye on would be Daniel Sorensen, Marcus Peters, and Dontari Poe. This Kansas City defense led the league with a +16 turnover margin and Peters led the team with six interceptions. When they played the Steelers the first time, this unit struggled to force a turnover. As a result, Ben Roethlisberger, Antonio Brown, and Leveon Bell had field days. I believe in order to slow down the veteran quarterback Peters has to slow down Brown and impose his will. He has to capitalize and realize his matchup with Big Ben and AB is a game of chess not checkers. He has a tendency to gamble, but he is fast and long enough to recover. Eric Berry has to help in the turnover department as well. With Derrick Johnson done for the year with an Achilles injury, this unit will feed off his momentum.

Sorensen has been quite the defensive playmaker this year he has forced two fumbles, recorded a sack, intercepted three passes, and even scored on defense. His energy and pursuit of the ball is almost second to none in terms of the players on defense. He has to force a turnover too. Poe will win this game in the trenches for the Chiefs. He has to take on double teams and dominate his matchups to slow Bell down and keep his linebackers clean. He has to push the pocket and disrupt Big Ben’s timing as well. This unit has to force turnovers, get sacks, and maybe score. They have to feed off the raucous crowd at home.

I believe the Chiefs loss to the Steelers in October could be attributed to a lack of focus considering the Philadelphia Eagles had just blown out the Steelers. To be honest, EVERY team in the league has a game or two where they stink it up. I think having a week off to prepare and get healthy will certainly help this bunch. I just think in the end the Chiefs will force a few turnovers, create sacks, and have a steady attack on offense in Arrowhead Stadium. Kansas City should win against Pittsburgh in a thriller.