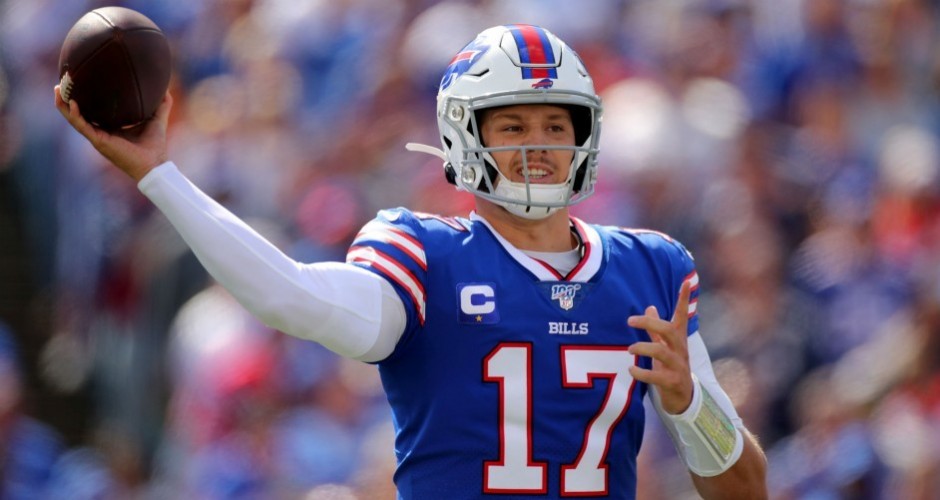 Buffalo Bills quarterback, Josh Allen, cleared the concussion protocol early Saturday morning, and will head to Nashville, Tennessee in Week Five where he is expected to take on Marcus Mariota and the Titans. Tennessee is coming off a big road win against the Atlanta Falcons in a game that saw Mariota extend his streak of games without a turnover to six. In that time, Marcus has broken the Titans all-time record for pass attempts without an interception, a record previously held by Kerry Collins. At 169 tosses without a pick, the former Heisman Trophy winner holds the NFL’s longest active streak of passes without an interception.

If you’re a sports bettor, this could be a good week to bet on that streak ending. Coming to town with Buffalo is the fourth best pass defense in the NFL, giving up only 196.5 yards per game. The Bills are also tied for second in interceptions with five. Not turning the ball over is a good thing, and is always a key to victory, but many would argue that Mariota’s impressive turnover ratio isn’t so much about his accuracy as it is his hesitation to try and make any big plays downfield. Marcus isn’t making bad decisions, but at times he’s making no decisions. His unwillingness to pull the trigger has led to sacks, three-and-outs, and an inability to get any momentum going. Like Patrick Mahomes, Mariota may have no interceptions, but unlike Mahomes, Mariota has already been sacked 17 times – fourth worst in the league. If Marcus makes it through another week without an interception, it won’t be without more than a few coverage sacks.

When it comes to yards given up per game, Buffalo will be up against a middle of the road Titans defense. Tennessee ranks 14th in both run and pass defense, but where they excel is scoring defense. So far, the Titans are only giving up 15.5 points a game, good enough for fourth place in the NFL. With Buffalo only allowing 15.8 points a game themselves and rain expected, we could very well see the lowest scoring game of the week. If the Bills want to increase their chances at victory, they cannot afford to let drives stall. In home games, Tennessee has the worst red zone defense in the NFL, allowing teams to score touchdowns on 100 percent of drives that got inside the 20-yard line. Look for head coach, Sean McDermott, to inject a heavy dosage of running back, Frank Gore, into the Bills offense. The 36-year-old running back is averaging 4.5 yards per carry and can help open up the play action pass for playmakers John Brown, Cole Beasley, and Dawson Knox down field.

The other key that will allow Buffalo to win their third straight road game is no secret – the turnover differential. As previously discussed, the Titans don’t turn the ball over often, so Buffalo cannot afford to have another multi-turnover game like they did last week. Whoever has more possessions could very well be who walks away with the win.

Headed into Sunday, Tennessee currently sits at three-point favorites. Kickoff is scheduled for 1pm Eastern Time and rain is expected.