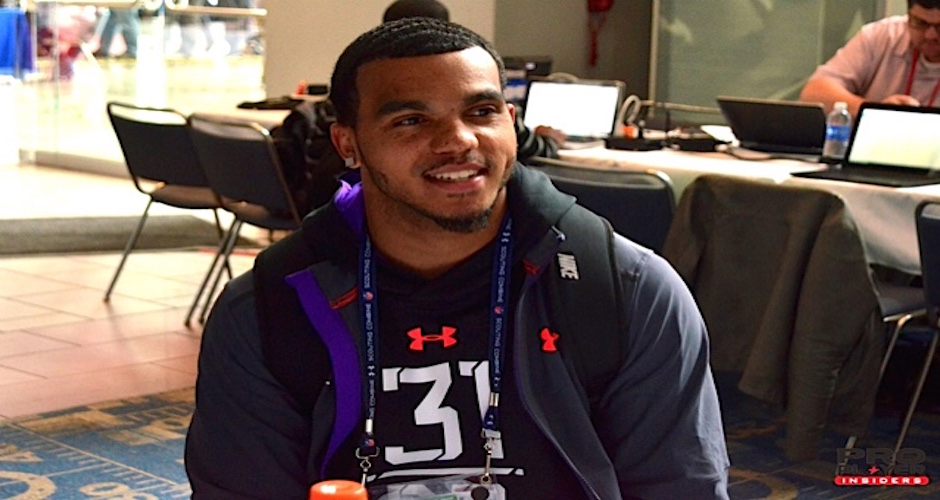 Dean Marlowe wrapped up his final season at James Madison University as one of the team’s three permanent captains. Marlowe was also named First Team All-Colonial Athletic Association. In 2014 he collected 96 tackles, five pass breakups and one fumble recovery. JMU is often referred to as a “small school”, but Marlowe dominated his competition for four years, as he is a four-time All-CAA pick.

Marlowe has done an exceptional job mirroring receivers in the slot, as well as reading quarterbacks and breaking on the football. He is also an accomplished “alley defender” who exhibits instincts and toughness when asked to come downhill and support the run. His big hits on opposing running backs and wide receivers has earned him the reputation as the team’s tone-setter on defense.

While Marlowe didn’t have great combine numbers, he routinely appeared to be the fastest player on the field. Below are Marlowe’s workout numbers from the combine.

Marlowe is remarkably versatile and can contribute as a center-fielding free safety despite his 4.58 40-yard dash time. He can also play the “money linebacker” position. Teams like the Redskins, Colts and Bears could bolster their defensive backfields by adding a player like Marlowe. Regardless of where he is drafted, he will instantly contribute on special teams at the next level.

Many feel Marlowe doesn’t possess the range or the size to become a starter in the NFL, but his work ethic in conjunction with his play recognition and on-field intelligence will make it difficult for coaches to keep him on the bench.

In the video below Marlowe discussed his strengths, best position fit in the NFL and why NFL teams should give him a chance.