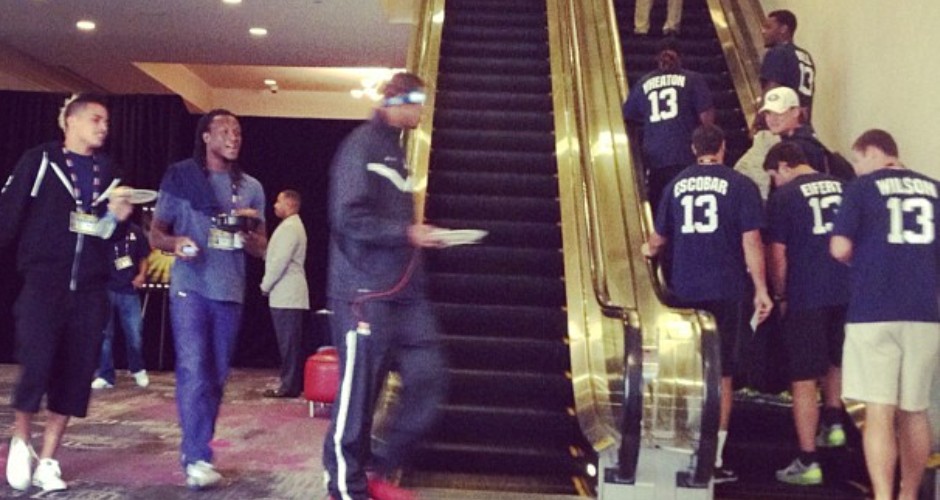 First impressions go a long way and at the 17th Annual NFLPA Rookie Premiere 40 of the top 2013 NFL Draft picks are making their professional debut. At the event underway in Los Angeles, CA the rookie talent included everyone from  Jet’s Geno Smith to Charger’s Manti Teo to the newest Niner Quinton Patton.

The event based at The Loews Hotel in Hollywood, is the first affair post draft where the top rookies will get a head start on their career. It is a chance to allow them to understand the remarkable opportunity and responsibility that comes with being an NFL player.

An overview from NFL Players’, Keith Gordon (@realkeithgordon), provided players with a wealth of knowledge that will help to elevate each player’s personal visibility. Gordon explained, “There are endless opportunities players now have with licensing and marketing/events, as well as access to resources provided by partner and player services.”

At the end of the weekend the rookies will wear professional jerseys for the first time. They will autograph their first authentic rookie cards and take part in photo shoots at the Rose Bowl by trading card companies Panini America and Topps.

Rookie Premiere is a not only a chance to make a good first impression leading into their careers but also a chance to differentiate themselves from the pack.

One Response to “NFLPA Rookie Premiere is Underway”