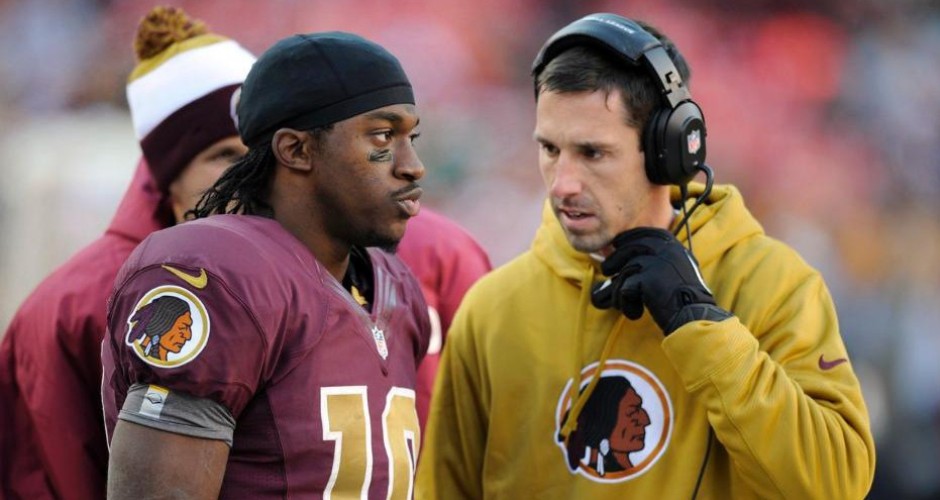 All of the spread offenses seen on Saturdays in College Football games are seemingly making their way in some way or fashion on Sundays.

The beginning of a new NFL season is opening fans to a faster paced game, and it will continue tonight with the regular season pro football debut of new Philadelphia Eagles coach Chip Kelly’s no-huddle/hurry-up offense that helped make the Oregon Ducks a national title contender versus the Washington Redskins.

However, it’s not like we haven’t seen great passing performances or the hurry-up offense before. Peyton Manning’s opening masterpiece versus the defending Super Bowl Champion Baltimore Ravens’ defense with seven touchdowns was the first such performance since 1969 by the Vikings’ Joe Kapp against the New York Giants.

The Broncos’ offense average seconds between plays was just over 23 seconds, and they were rarely in a huddle. With former Patriot receiver Wes Welker, who was on a New England offense that led the league in both scoring (33.9) and plays per game last year (74.3) that was given advice by Kelly to Bill Belichick about how to use parts of the no-huddle offense in the NFL, Denver certainly looked like a team that wanted to be part of the growing trend.

We’ve seen versions of the hurry-up offense as a base offense before, beginning with the Sam Wyche coached Cincinnati Bengals of the late eighties, and then the Bills who went to four straight Super Bowls. Peyton Manning and Tom Brady certainly used the no-huddle offenses a lot during their record-setting passing touchdown seasons in 2004 and 2007, respectively.

But now teams feel comfortable with young quarterbacks running those systems. Even teams with new signal callers like the Bills with rookie E.J. Manuel and the Chiefs with Alex Smith unveiled their new wrinkles that included the spread and hurry-up offense yesterday with some success.

Manuel threw for two touchdowns in his debut without a turnover, as did Smith in his first game as a starter for Kansas City

There are no other players who have done better as of yet with the quick-paced offense in the NFL than Manning or Brady, but the dual-threat aspect of the zone-read game that young quarterbacks such as Robert  Griffin III, Russell Wilson, and Colin Kaepernick bring to the pro game right now, and current college quarterbacks like Texas A&M’s Johnny Manziel and Oregon’s Marcus Mariota have shown could be the next level of the no-huddle/hurry-up offense.

However, there are rules in both college football and the NFL where the effectiveness of a spread and no-huddle offense can be limited. In a game two Saturday nights ago with No. 17 Northwestern against University of California, new Golden Bears head coach Sonny Dykes, a proponent of the no-huddle hurry up offense,  grew increasingly frustrated on the sideline with Northwestern defenders who would  appear injured on the field, yet return a few plays afterward.

Some may remember the Rams-Giants Monday night game in 2011 when after the game, St. Louis filed a claim that New York’s defense was faking injuries when their no-huddle offense was moving the ball. However, the hurry-up and spread offenses that force defenses to stretch themselves out, play more snaps, and make it hard for defensive players to catch a breath also create safety concerns for offensive players.

The NFL rules governing the zone-read offense also appear to be at a huge disadvantage to offenses. Dean Blandino, the NFL vice president of officiating, said the following about a conversation he had with San Francisco 49ers coach Jim Harbaugh about the NFL rules about hitting quarterbacks on zone-read option plays (via NFL.com):

“You know, Coach Harbaugh wanted to understand what the rules were going to be in terms of hitting the quarterback,” Blandino said. “And like we’ve been saying all along throughout the offseason, we’ve tried to clarify what the protections are in the read-option scheme or the normal drop-back passer. On passing posture, I think that’s something we tried to clarify with all the coaches, and so the players understand and the coaches understand where they can hit the quarterback based on his posture.”

We are only a couple of years into the implementation of these new offensive designs into the highest levels of the game, and we have already seen some great strides made into them. There will still be a lot more things to come as the young quarterbacks keep developing and learn more of the intricacies of the NFL offense.

However, it will also be interesting how the current rules of hitting the quarterback in certain situations and what exactly defenses do to curtail the speed and success of the opposition’s no-huddle offense will be interesting. We might get our first look at that future tonight with Chip Kelly’s breakneck pace offense against the Redskins, with maybe the league’s most elusive runner at the quarterback position, Michael Vick, being the signal-caller.