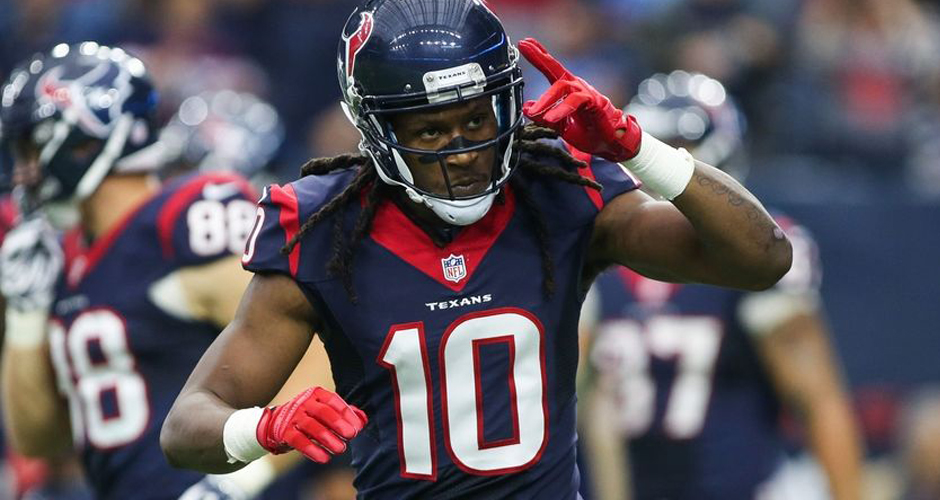 Only long-time football purists would have known that the Oakland Raiders didn’t have much of a chance to win this game even before it started. The Raiders were without their leader and one of their stars in quarterback DEREK CARR who was lost for the season when he suffered a broken fibula in his right leg Week 16 against the Indianapolis Colts.

Then their number two quarterback MATT MCGLOIN who was in uniform for this game, wasn’t allowed to play because of a left shoulder injury he suffered in Week 17 against the Denver Broncos. Then their number three quarterback and rookie CONNOR COOK (18 of 45 for 161 yards, 1 touchdown pass and 3 picks) put up a valiant effort today, but it just wasn’t his day. Plus he also wasn’t helped by the fact that his receivers and running backs dropped a lot of his aerials.

The Houston Texans (10-7 overall, including playoffs) used a balanced offense, a bothersome defense, and a below average and too-little-too late offensive performance from the Raiders, to collect a 27-14 victory at Reliant Stadium in Houston. Today’s win was the Texans’ first playoff victory since January 5, 2013 when they beat the Cincinnati Bengals 19-13 at home coming out of the 2012 season.

Texans quarterback BROCK OSWEILER (14 of 25 for 168 yards and 1 scoring pass) again justified his huge contract in the offseason $72 million ($37 million guaranteed) with a respectable performance today. He was fortunate that players like receivers DEANDRE HOPKINS (5 catches for 67 yards and 1 score) and rookie WILL FULLER (4 catches for 37 yards) stepped up today and were aware that this was a playoff game. Those two were the main recipients of his passes. And both of them stretched the Raiders second and third level defenses with their sideline area, crossing, and intermediate area receptions.

The Raiders (12-5) really found out today just how much Carr is the heartbeat of whatever it is they are trying to do over there in Northern California. One player doesn’t win games, but Carr is an emotional leader for the Raiders and he is on his way to elite status in this league.

Carr’s season-long consistency as a passer is a HUGE reason why anyone outside of the Oakland city limits even cares about the Raiders. Thirteen straight years the Raiders went without a playoff berth, and in 2016 they finally made the playoffs and it ends like this without their leader.

The Texans extended their lead when Miller took an Osweiler handoff, and then he countered to his left where he ran untouched for a 5-yard score. At the 6:16 mark of the first quarter the Texans took a 10-0 lead.

Much later in the first quarter, the Raiders answered that Miller scoring with one of their own. On first and goal from the HOU 2-yard line, running back LATAVIUS MURRAY (12 carries for 39 yards and 1 score) followed a block from center RODNEY HUDSON into the end zone to cut the Texans’ lead to 10-7 at the 1:01 mark of the first period.

Near the end of the first half and on second and goal from the OAK 2-yard line, Hopkins beat Raiders cornerback SEAN SMITH for a slant pattern touchdown pass. The score moved to 20-7  Texans with 1:20 left in the second quarter. That was Hopkins’ first touchdown catch since Week 13 of the this season when his team lost 21-13 to Green Bay.

Osweiler pretty much put the game away, when instead of throwing a pass to the back of the end zone or aiming his pass run gave the Texans a 27-7 lead at the 12:28 mark of the fourth quarter.