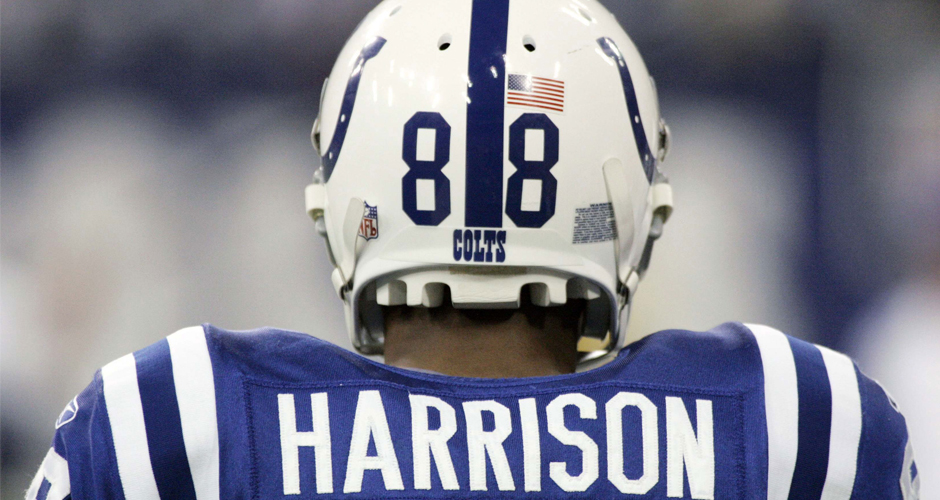 “There is no better individual award than this,” Marvin Harrison told Fox59.com. After three years of eligibility, all of Harrison’s accomplishments in the NFL have finally been paid off, he’s officially reached the Hall of Fame.

Marvin Harrison was a wide receiver for the Indianapolis Colts for his entire career, from 1996-08. Looking at the statistics alone, it’s a wonder why he wasn’t inducted into the Hall of Fame sooner. Harrison was in the Pro Bowl eight times, first-team All-Pro three times, a two time receiving yards leader and a Super Bowl Champion. He’s apart of the NFL 2000s all-decade team, the 10,000 receiving yards club and 1,000 catch club. Overall, Harrison is one of the most productive wide receivers to ever walk a football field. He was durable too, in 2007 Harrison injured his knee, after playing for the NFL since 1996, this was only his time time missing the regular season.

Harrison was extremely productive on the field, but he was what some may describe as “quiet” behind the scenes. Simply put, he went to work and got the job done, with no extra attention surrounding his name. “He came to work every morning, brought his lunch pail and worked his tail off,” longtime offensive coordinator of the Colts, Tom Moore, told Indystar. Harrison was described as a “private guy, not outgoing.” That reserved personality never transpired on the field, where Harrison never made it easy for the player defending him, even in practice. In fact, one of his practice routines was playing without gloves, to toughen up the hands. Harrison’s secret was simply how well he practiced, which was clearly a huge part in him becoming the quickest player to reach 1,000 career receptions. Yes, that’s right, quicker than even Jerry Rice.

So how come Marvin Harrison didn’t reach the Hall of Fame sooner, or better yet, how come he’s not mentioned more often in the conversation of greatest wide receivers? Some think it’s because of the man who was throwing him the ball all of those years on the Colts, the great Peyton Manning. Of course, you could also argue that the two simply made each other better. If you think dynamic duos in sports, these two have to come to mind. Not only did they win a Super Bowl together, but they broke record after record. Together the two hold the record for most touchdown passes between a quarterback and wide receiver with 114 touchdowns, a record that isn’t even close to being broken anytime soon. “Many records are broken, most of mine will be, but I don’t think anyone will ever break that record that me and Marvin have,” said Peyton Manningto ProFootballTalk. Manning even described his on the field relationship with Harrison as making the NFL feel easy. “You throw a short pass to Marvin, and he’ll run for a touchdown, that’s it.”

Harrison’s dominance on the field was respected from his opponents as well. Former defensive back Charles Woodson, an eight-time Pro Bowler described Harrison as the toughest receiver he’s ever faced. “I always understood it was going to be one of those days when I was guarding him, he was the only guy I ever thought of like that,” said Woodson.

Much like his reserved personality throughout his career, Harrison left the NFL quietly as well. Following the 2008 NFL season, Harrison asked and was granted release from the Colts. After sitting out for the entire 2009 season, Harrison retired. Harrison described the end of his career as “the perfect ending.” Today, Harrison is healthy and injury-free, something that many former professional athletes cannot say.

Perhaps one of the biggest surprises from Harrison was some legal trouble he got into following his retirement, considering how you’d never hear his name shed in any negative light during his career. Harrison was connected to a shooting in Philadelphia, where he was born and raised. A drug dealer filed a civil lawsuit versus Harrison after both were shot outside a parking garage that Harrison owned. However, no charges related to the shooting were ever brought against Harrison.

Aside from that, Harrison spends most of his time after the NFL relaxing. “I love that I don’t have to be anywhere,” said Harrison, thankful that he has more time to spend with his 11-year old son, Marvin Jr. The ex-NFL player even gets to coach his son’s little league games. He’s also engaged in some business endeavors, owning a few businesses in Philadelphia, including a parking garage and sports bar called Playmakers. Harrison’s greatest hobby, that’s grown even more since retirement, is car collecting. “Everybody needs a hobby, for me it’s cars,” Harrison told Indystar. Later on in life, his son will receive the entire collection.

Harrison doesn’t believe in owning a huge 7 million dollar house, he doesn’t believe in that over the top lifestyle, social media, or any extra attention that the media can bring. He’s a normal guy, who just so happens to now be in the Hall of Fame. An extremely hard working man who went to work, did what he had to do and left. That work ethic and strive for perfection though, has made him one of the greatest wide receivers of all time, no matter how quiet his name may be to some. Harrison joins Brett Favre, Kevin Greene, Orlando Pace, Ken Stabler, Dick Stanfel, Eddie DeBartolo and Tony Dungy in the 2016 Hall of Fame class.