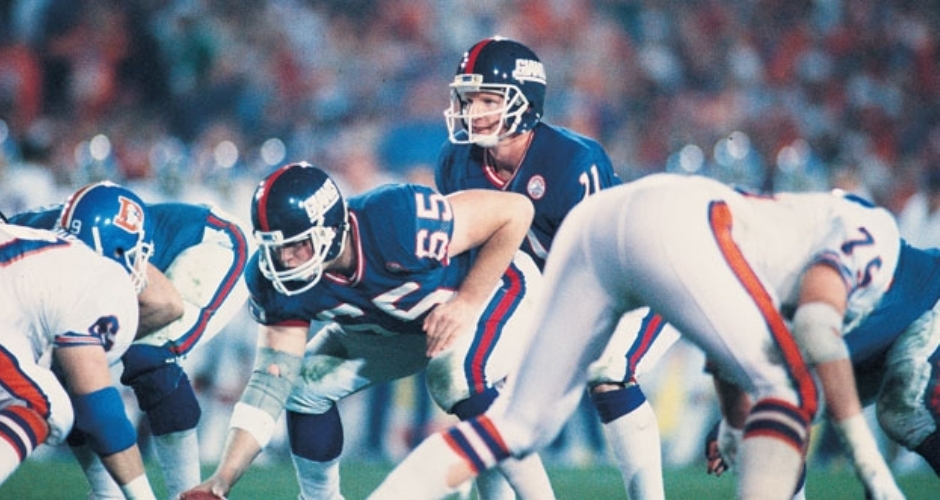 When the Denver Broncos and New York Giants take the field on Sunday at MetLife Stadium, the focus will undoubtedly be on the brothers Manning. Peyton comes off a seven-touchdown pass performance in a 49-27 win over the Baltimore Ravens.

Meanwhile younger brother Eli threw for four scores as well as three interceptions in a bitter 36-31 loss to the Dallas Cowboys on Sunday night at AT&T Stadium.

But when most think of Giants versus Broncos the memories extend back roughly 27 years ago when the teams squared off in Super Bowl XXI at the Rose Bowl in Pasadena.

Led by head coach Dan Reeves, the Broncos were on their way to making three Super Bowl appearances in four years. They were also coming off one of the most scintillating postseason wins in NFL history as quarterback John Elway orchestrated a game-tying 98-yard drive in the fourth quarter. Denver bested the Cleveland Browns in overtime, 23-20, in the AFC title game.

Meanwhile, Bill Parcells’ Giants were 5-2 near midseason and hadn’t lost since. They crushed the San Francisco 49ers, 49-3, in the divisional playoffs and blanked the Washington Redskins, 17-0, in a blustery NFC title game.

So it was onto the Rose Bowl and Super Sunday. Some forget, given the final score, that the Broncos actually owned a 10-9 lead at intermission. And it probably should have been bigger. Not only did Denver squander a few chances to get into the end zone a few more times, usually-reliable placekicker Rich Karlis missed field goals of 23 and 34 yards in the second quarter.

But the final 30 minutes belonged to the Giants, quarterback Phil Simms and Parcells, who was on the verge of another Gatorade bath courtesy of linebacker Harry Carson and company.

Still, it would be the sometimes-underappreciated Simms who would make the Broncos’ defense look all wet. The strong-armed quarterback didn’t miss on a throw in the second half, although at least one of those passes had a little luck attached to it. A fourth-quarter bullet in the end zone to tight end Mark Bavaro wound up caroming into the hands of wideout Phil McConkey for a score.

For the game, Simms finished the game by completing 22-of-25 passes, an astounding 88.0 percent, for 268 yards and three touchdowns. Following intermission, Simms was 10-of-10 for 165 yards and two scores and he was named the game’s Most Valuable Player.

More importantly, the Giants would have their first Super Bowl victory and the franchise’s first NFL title since 1956.