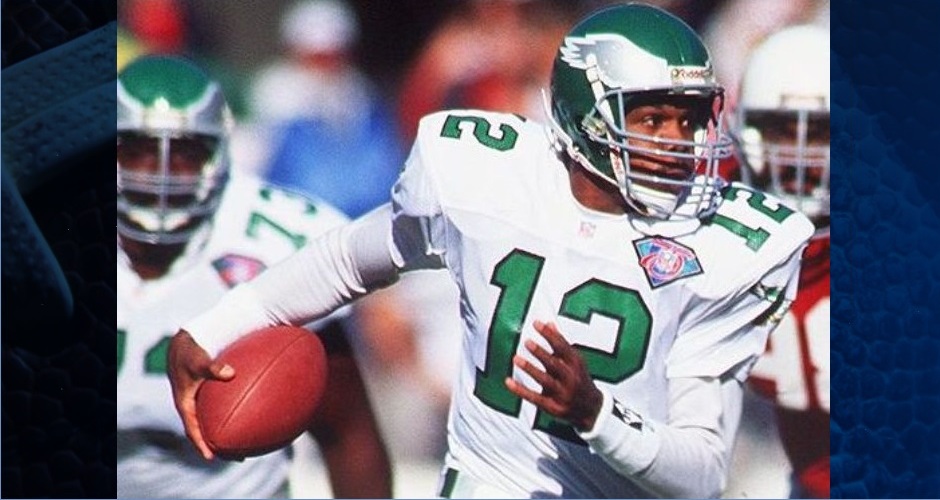 Following their resounding 46-10 win over the New England Patriots in Super Bowl XX at the Superdome, the Chicago Bears’ players carried both head coach Mike Ditka and defensive coordinator Buddy Ryan on their shoulders off the field in triumph. It would be the last time the highly-successful coaches would work together.

In 1986, Ryan became the head coach of the struggling Philadelphia Eagles and would slowly but surely build the team in his own unique image, bringing a rough and tough demeanor to a franchise that was needed in a division, especially with head coaches such as the legendary Tom Landry, Bill Parcells and Joe Gibbs, all destined for the Pro Football Hall of Fame.

The Birds finished 5-10-1 in ’86, then came away with a 7-8 mark one year later during the strike-interrupted (and with replacement players for three games) 1987 season. But the latter campaign saw the Ryan’s Eagles finish 7-5 with their regular players, something that would catapult the team into the following season.

Thanks to a win over the rival Dallas Cowboys on the final Sunday of the season (in what proved to be the final game for Landry) the Birds captured the NFC East title in 1988–Philadelphia’s first playoff appearance since 1981. They would face the Bears at Soldier Field in the Divisional Playoffs as Ryan and Ditka would get a chance to renew acquaintances for the third time as opposing head coaches.

The Bears edged the Eagles in overtime at Chicago in 1986 (13-10) and in ’87 during the strike, Ditka’s club came away with a 35-3 win. And while the winner of this postseason matchup would once again be the Bears, this Saturday afternoon at Soldier Field would be quite different.

Even if you were there that day in Chicago, you would be hard-pressed for anyone to tell you about what happened throughout most of the contest. The Bears scored first when quarterback Mike Tomczak connected on a 64-yard touchdown pass to wide receiver Dennis McKinnon roughly three minutes into the game. The Eagles would answer with a pair of field goals to narrow the deficit to 7-6, but Bears’ running back Neal Anderson scored on a four-yard run midway and placekicker Kevin Butler added a 46-yard field goal to open up a 17-6 second quarter lead

When it was all said and done, Chicago was on its way to the NFC Championship Game thanks to a 20-12 win over Philadelphia.

Eagles’ quarterback Randall Cunningham would throw for 407 yards by game’s end but also served up three interceptions. The elusive signal-caller was sacked four times as the Birds never reached the end zone (as far as anyone knew), settling for four field goals in the eight-point loss.

The last statement refers the sudden weather conditions in Chicago as the game was enveloped in a thick fog late in the first half and throughout the remainder of the game. And while it didn’t necessarily affect the players on the field, it turned what was an interesting contest into that of a legend as the game became forever known as the “Fog Bowl.”

And as an observer of the broadcast, my favorite memory of that afternoon to this day was a makeshift sign made up by the Soldier Field faithful.

It read “What The Fog Is Going On.”