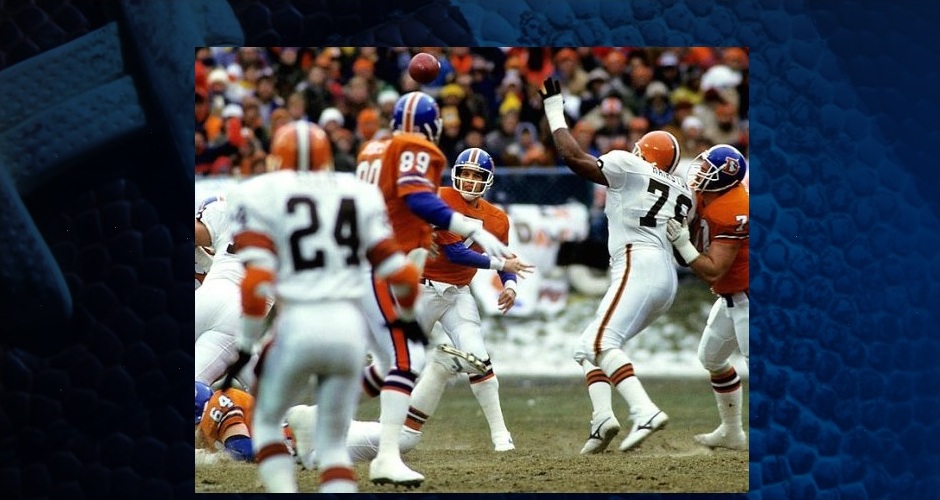 What’s in a name anyway?

When it comes to the history of the National Football League, its rich history is full of great nom de guerre and even more memorable nick-nom de guerre.

It’s also worth noting that some of the game’s most notable plays and contests have earned their own name; from “The Immaculate Reception” and the “Hail Mary” to the “Sea of Hands” and the “Unholy Roller.”

There were three conference championship games played in a seven-year span in the 1980s that are all famous and instantly recognizable from their names. And it’s only fitting that with the San Francisco 49ers and Denver Broncos both vying for their seventh Super Bowl appearance on Sunday that we take this trip down memory lane.

And oh, what memories we have.

49ers 28, Cowboys 27 (1981 NFC Championship Game): Earlier in the season, Dallas ventured out to San Francisco and was embarrassed by the upstart Niners, 45-14. The teams would meet a few months later vying for a trip to Super Bowl XVI. And this was a back-and-forth battle from the start. Despite six turnovers, Bill Walsh’s young club trailed Tom Landry’s team with 4:54 to play and 89 yards from a touchdown. The 49ers’ head coach outfoxed the Cowboys by running when Dallas was expecting the pass. Eventually, third-year quarterback Joe Montana rolled right and found wide receiver Dwight Clark for a touchdown with 51 seconds to play and the Niners were headed to their first of four Super Bowls during the decade.

Broncos 23, Browns 20 (OT) (1986 AFC Championship Game): Who could ever forget perhaps the Cleveland Browns’ best chance of reaching the Super Bowl? A year earlier (1985), Denver had missed the playoffs despite an 11-5 record. The important number this time around was 98, as in yards needed for a touchdown as Dan Reeves’ Broncos fell behind Marty Schottenheimer’s club by seven points with 5:32 remaining. Enter quarterback John Elway, who capped off the long march with a five-yard touchdown throw to a sliding Mark Jackson in the end zone. Kicker Rich Karlis’ PAT sent the game into overtime and minutes later, another Karlis’ boot sent the Broncos to Super Bowl XXI.

Broncos 38, Browns 33 (1987 AFC Championship Game): One year after “The Drive” in Cleveland, Elway and the Broncos hosted quarterback Bernie Kosar and the Browns this time around with a trip to Super Bowl XXII on the line. But after Denver took a 21-3 halftime lead and owned a 28-10 third-quarter advantage, it didn’t look like this game would have the same thrilling conclusion as the previous year. But Cleveland would wind up evening the score by the fourth quarter, 31-all, before the Broncos once again regained the lead. And just when you figured these teams were headed to overtime once again, Browns’ running back Earnest Byner took center stage and unfortunately saw it taken away from him. With a little over a minute to play and Schottenheimer’s team eight yards away from the end zone, Byner ran five yards before being stripped off the ball by Broncos’ defensive back Jeremiah Castille, who recovered the fumble. Moments later, the Broncos were making plans for San Diego.

Russell S. Baxter, is the founder of ProFootballGuu.com, watches and writes about The National Football League and pro football in general for a living.