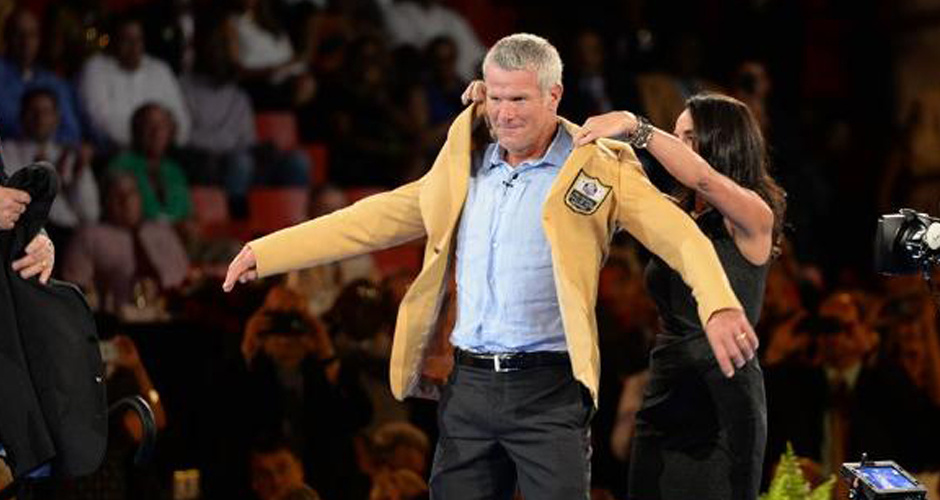 The 2016 NFL Hall of Fame Enshrinement Weekend kicked off Thursday night at the Canton Memorial Civic Center, and to say it was exhilarating wouldn’t do it justice. Not to mention the most important individuals of the weekend (the new inductees), but a number of current Hall members were in attendance, including Joe Namath, Mel Blount, Tim Brown, and Jerry Rice. Remember in high school when all the popular kids were at a party, and you felt out of place being there? Imagine an auditorium, filled with the greatest football players to ever grace the gridiron, exchanging handshakes and all-time stories. That’s how I spent my Thursday night.

Tony Dungy’s smile stretched from ear to ear when he heard his name called. We had to wait on Brett Favre (again!) for his name to be called, but the room erupted with shouts of “Go! Pack, Go!” when number 4 was announced. Orlando Pace, an Ohio native and Ohio State alum, stole the show when he went to every corner of the main stage and signaled for the famous “O-H-I-O” chant, with every audience member following along.

The night wrapped up with its newest members huddling together one last time.

On Friday, inductees will be available to the media for interviews, along with a full day of various other events in Canton. Saturday is when the newest Hall members will give their acceptance speech, and on Sunday, the Green Bay Packers face-off against the Indianapolis Colts in the annual Hall of Fame Game. This Sunday matchup marks the start of the 2016 NFL preseason. Kickoff is at 8 p.m.