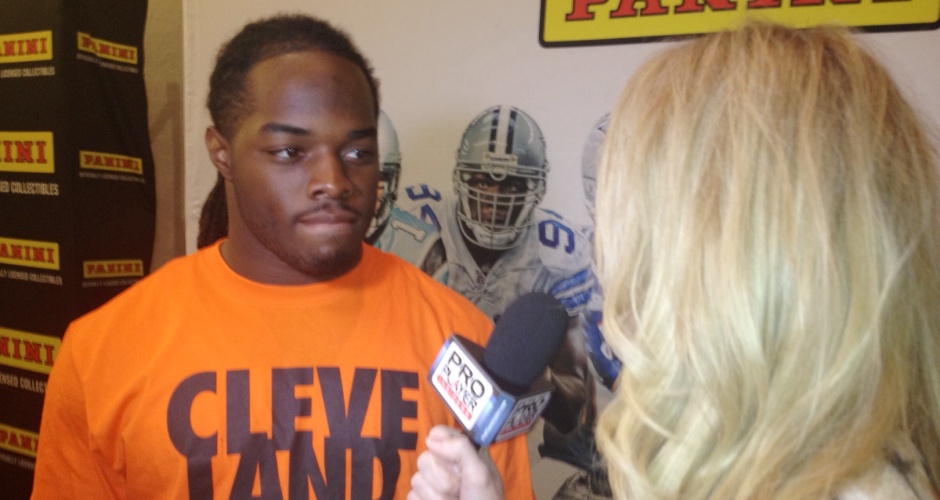 LOS ANGELES, May 13, 2013 – Forty top rookies from the 2013 NFL Draft class will make their professional debut in Los Angeles from May 15-19 at the 19th annual NFL Players Association (NFLPA) Rookie Premiere.

Throughout the four-day event, hosted by NFL Players, Inc., the marketing and licensing subsidiary of the NFLPA, rookies will participate in business of football seminars and connect with NFL sponsors, partners, and licensees through daily activities. Marketing partners and licensees activating at NFLPA Rookie Premiere include Topps, Panini, Pepsi NEXT, Nike, EA SPORTS, Fandeavor, FedEx, SB Nation, TheraPearl and élevée.

“Rookie Premiere is one of the most valuable opportunities for partners because it’s the first time they’ll be able to access so many promising and potentially marketable young stars in one place following the draft,” said Keith Gordon, President of NFL Players, Inc. “This is where those same partners, who have invested millions into licensed products and NFL sponsorships can evaluate the players and determine who can best represent their brands, reach consumers and help deliver upon their investment.”

Among the highlights is Saturday’s trading card photo shoots at the Rose Bowl with Topps and Panini, when rookies will wear their official Nike team uniforms for the first time. More than 20 rookies will also join 150 Sunrise Elementary School students on Thursday in the NFLPA One Team | One Community fitness and nutrition program, in partnership with National Dairy Council, LA’s BEST afterschool program and in support of Let’s Move.