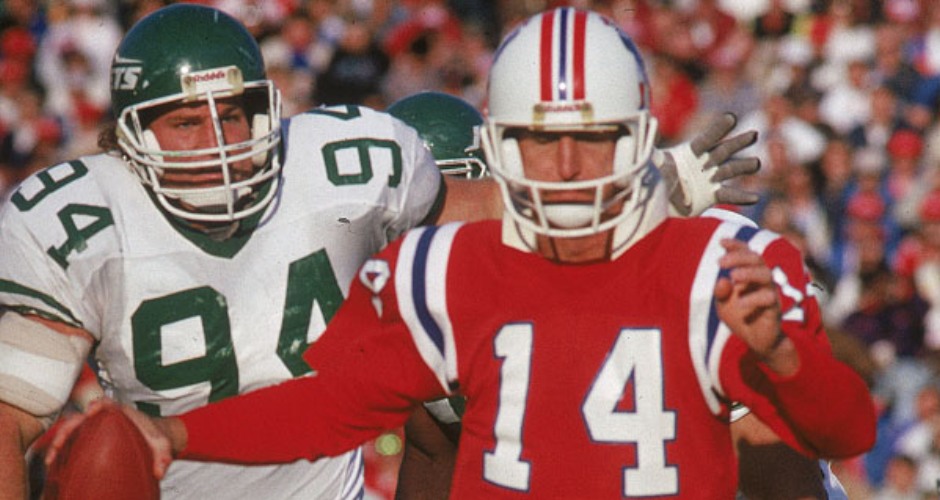 In the 70’s, there was perhaps no other quarterback as successful as Steve Grogan. Whether during his record-setting days at Kansas State, or his 16-year career with the New England Patriots, Grogan quickly became a household name as a result of his on-field successes.

Grogan would go on to set numerous team records within the Patriots organization en route to a Super Bowl XX loss to the Chicago Bears. The crowning achievement for the rough and tumble Pats signal caller came in a game against the division-rival Jets; a game which saw Grogan complete 13 of 18 passes for 5 TDs and no interceptions. To this day, Grogan’s reputation as a hard-hitting, tough QB is still alive and well within the Patriots organization.

Following his retirement from the game of football, Grogan opened a successful sporting goods store in Massachusetts, which is still open to this day. However, it was not until shortly after his retirement that the decorated quarterback noticed a loud, bothersome ringing sensation in his ears that would make it difficult to understand his customers.

“I had ringing in my ears for years. Probably due to some of the hits to the head I took. It got to  the point where I was in a crowded room with people, I could be standing two-feet away from somebody and I would have a hard time hearing what they were saying. It can be embarrassing.”

Grogan, who garnered the reputation as an NFL tough guy, became dead-set on continuing his active and healthy lifestyle similar to that during his illustrious playing days.

Although noting that the stereotypical person who utilizes a hearing aid is in the later stages of life, Grogan has been thrilled with the significant improvement he has had from his discreet hearing aids.

Grogan, with the help of his new hearing aids from EarQ, soon found himself back in the game. With the help of EarQ , he hopes to reach out to non-traditional candidates eligible for assistance with their hearing.

One such group is the members of our armed forces fighting overseas. Over 60% of all returning military personnel have reported some form of hearing loss. Grogan hopes that those in need, like our men and women of the military, will take the first step to recover their hearing capabilities.

Grogan seems to have transitioned effectively as a result of wearing his new in-ear technology. The future is bright for the ex-QB thanks to the EarQ.

As the former NFL star puts it, “I’m kicking myself for not doing this sooner—I am looking forward to my future.”

EarQ’s professional hearing healthcare providers are patient-focused, committed to improving your hearing and enriching the quality of your life.