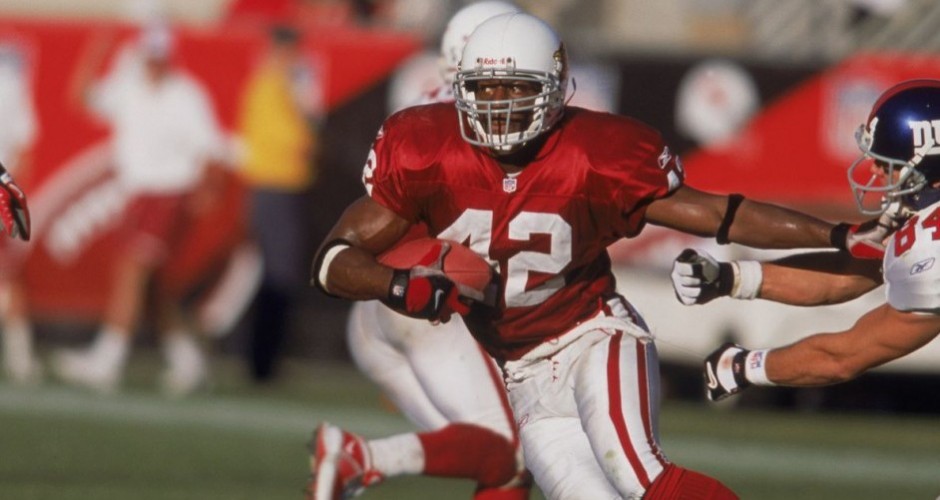 Former Arizona Cardinal safety, Kwamie Lassiter, has passed away at the age of 49. Kwamie came to the Cardinals in 1995 as an undrafted free agent out of the University of Kansas. In just a few short years the Cardinals organization realized they had a gem and Lassiter became a reliable starter all the way through the 2002 season. In 1998, Lassiter would come away with eight interceptions on the season, four of which came against the San Diego Chargers in the final game of the regular season (an NFL record), clinching the Cardinals first playoff berth since arriving in the valley. In 2001 Lassiter had 112 tackles, a sack, nine interceptions, 14 passes defended, and a trip to the Pro Bowl. He was the epitome of how far you can go if you do what you do with passion.

My heart goes out to the family of Kwamie Lassiter. He was a marvelous human being, inspiring so many people in our community in so many ways with his soul and compassion. He will be deeply missed by everyone. Rest in peace, my friend.

While Kwamie will certainly be remembered as a gem the Cardinals found to help fill their secondary, if you knew Kwamie you’d know he was an even bigger gem off the field. Lassiter went on to play two more seasons after leaving the Grand Canyon State, one for the Chargers and one for the Rams, but with his wife Ericka, Arizona is the place he’d call home. Not long after he retired, you’d hear him on the radio as a pregame and postgame host covering the Cardinals. He’d spend time as a defensive backs coach at Mesa Community College (2009-10) and would become President of the NFL Alumni Chapter in Arizona – a nonprofit organization that is composed of former NFL players, coaches, staff members, and associates, all working to raise funds for youth-oriented causes.

The NFL Legends Community lost one of our Stars today. Please keep Kwamie’s family in your prayers! ???????????????? #wewillneverforgetyou

Kwamie Lassiter was a great football player and an even greater man. He and his wife, Ericka Lassiter, built a life that revolves around giving back. The Kwamie Lassiter Foundation is committed to establishing opportunities that promote comprehensive awareness of healthy lifestyles and is dedicated to bringing awareness to sickle cell anemia – a disease that affects their youngest son. The Lassiter’s also founded T.A.C.K.L.E., a foundation that seeks to change the way children are motivated and to promote their success through education. You’d still see Lassiter supporting many of the current Cardinals charities as well. If you’ve ever had the chance to attend an event for Larry’s Fitzgerald’s First Down Fund or Patrick Peterson’s Foundation for Success, there was a good chance Kwamie was there. His compassion for others was limitless and will continue to live on in his wife and children.

“We were all devastated to learn of Kwamie’s passing today and our hearts and prayers go out to Ericka Lassiter and all of his family and friends,” Melissa Mahler.

The world lost a good one today. May you rest in peace, Kwamie.