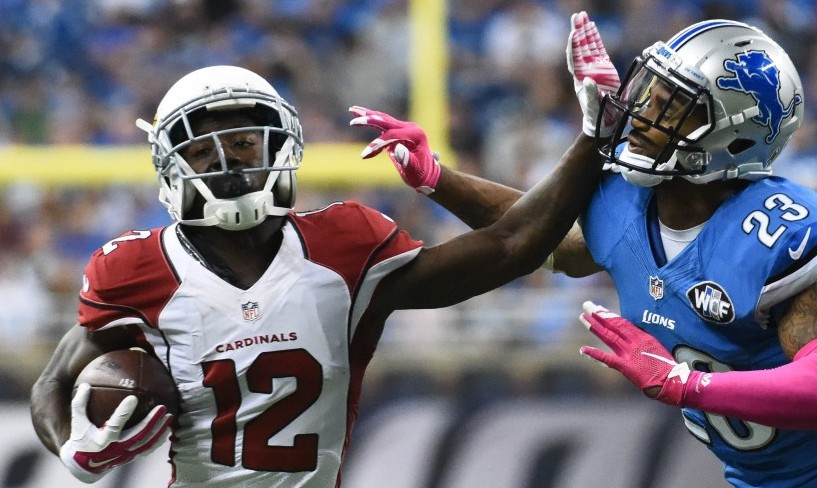 Week one, where “this is our year”, is still every fan’s mantra.  Unless you’re a Jets fan, where it’s already “next year is our year…maybe”.  The Arizona Cardinals will open their 2017-18 season on the road against the Detroit Lions.  The Lions might not be scaring anyone on paper, but make no mistake, they’re a tough football team.  At home, they’re not just tough, their Ford tough.  Last season the Lions went 6-2 at Ford Field, and in those two losses they only lost by 8 points combined.

While the Cardinals are currently two-point favorites, the Lions won’t be showing up feeling like underdogs.  Detroit finished last season at 9-7, a better record than the Cardinals, and will look to improve this year.  They didn’t make any major splashes in the offseason, but they were able to lockup quarterback, Matthew Stafford, for the long-haul.  With a $135 million contract, Stafford just became the highest paid player in NFL history.   He will have a chance to earn some of that money come this Sunday against Arizona, one of the NFL’s best defenses.  A few members of the pride joining Stafford on the offense will be wide receivers Golden Tate, Marvin Jones, Jr., and tight end Eric Ebron.  With the departure of Anquan Boldin, all three players will likely see an uptick in targets.  Tate will likely be shadowed by pro-bowler Patrick Peterson, so Jones Jr. and Ebron could be set to receive a bulk of Stafford’s targets.  Marvin ranked among the top five in yards per catch (16.9) last season and could prove to be a difficult matchup for cornerback, Justin Bethel.  Dubbed a “failure in progress” by head coach Bruce Arians last season, Bethel will need a strong showing in week one to prevent the coaching staff from reevaluating his starting role.  The Lions may have a favorable matchup with their number two receiver, but they have a much more unfavorable matchup on the offensive line.  With starting left tackle Taylor Decker out with injury, Arizona’s superstar defensive end, Chandler Jones, could be in for a monstrous day.  Should Robert Nkemdiche (DE) be healthy enough to suit up, the combination of Jones and Nkemdiche could make any mismatches at receiver a moot point.  Stafford won’t be able to complete passes from his back.  Both teams used their first-round picks on linebackers, and both will get action early and often.  Detroit selected Jarrad Davis with their 21st pick and he has impressed enough to be listed as their starting middle linebacker.  The Cardinals selected Haason Reddick with the 13th overall pick, and with starting $LB Deone Bucannon out with injury, Reddick could also be among the first defensive package to take the field this Sunday.

As any head coach will tell you, the most important game is always the next one, but nothing quite sets the tone like the first one.  The 2016-17 Cardinals would be the first to attest to that.  Should the Cardinals drop the first game to Detroit, suddenly week two feels like a must win.  The Cardinals certainly don’t want to be 0-2 for their home opener against Dallas on Monday night of week three.  If last year taught fans anything, it’s that preseason expectations mean nothing and things can get bad real quick.  To prevent another let down, it is of the utmost importance that the Cardinals come out of the gates flying high.  Carson Palmer (QB), David Johnson (RB), and Larry Fitzgerald (WR) will look to do just that against a Detroit defense that ranked in the bottom half of the NFL in both rushing and passing defense in the 2016-17 season.

On paper, the Cardinals are the better football team, but this is a new year and the game is played between the white lines, not on paper.  The wait is over, and the opportunity for redemption from a 7-8-1 season is finally here.  Kickoff is scheduled for 10am (PT), this Sunday September 10th, 2017.

Here’s to a healthy season.