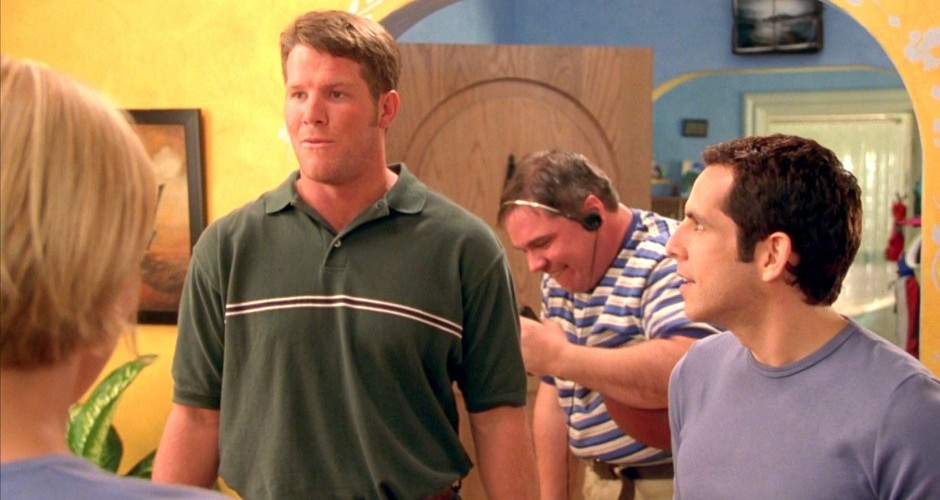 Athletes have a very peculiar and particular sense of humor. For the most part, you won’t find an athlete make a surprise cameo appearance in a drama or horror flick. They usually like to appear in widely watched comedies so that their cameo goes noticed and ensures it has a humorous impact.

Here’s a list of five of the best athletic cameos that left us in stitches:

5. Lawrence Taylor (LT) – The Waterboy
With an already ridiculous premise to a movie was made even funnier when LT makes his cameo. Set in the middle of an orientation for a football training camp for youths, LT tries to get Bobby Boucher, played by Adam Sandler, to divulge his secret to making great plays. Boucher explains his technique in a Madden-esque fashion, while stuttering and fumbling over his words that leaves the youths confused and speechless. This leads LT to respond with, “Remember kids, don’t smoke crack.”

4. Brett Favre – There’s Something About Mary
There were subtle hints throughout the film that alluded that Mary’s former love interest that got away was professional football legend Brett Favre. What made the cameo so great was that it came as a complete surprise to audiences as well as the fact that Mary ends up rejecting Favre in the end to be with the awkward Ted, played by Ben Stiller.

3. John McEnroe – Mr. Deeds
The bad boy of tennis makes a cameo that should be taken note of. He spends the majority of his cameo playing into the perception that he is as vulgar and short tempered in the regular world as he is on the tennis court. This ranges from egging passing cars to inhumanly jumping over an oncoming vehicle only to insult the driver, in a way only McEnroe can do, for his skills behind the wheel.

2. Mike Tyson – The Hangover
Unfortunately, this cameo lost its element of surprise after Tyson was featured in almost every trailer that came out for this movie. But this doesn’t mean his cameo was any less entertaining. After surprising the members of the “Wolfpack” by waiting in their hotel room, Tyson is seen listening to Phil Collins “In the Air Tonight.” While all the guys are star stuck by Tyson’s presence, he silences them in anticipation for the drum breakdown ending the final air drum beat into a knockout punch.

1. Lance Armstrong – Dodgeball: A True Underdog Story
Armstrong’s cameo in the film is nothing short of hilarious and, in retrospect, ironic. After Vince Vaughn’s character, Peter, decides to leave his team before the final match, he runs into Armstrong at the airport. The conversation runs along the lines of Armstrong giving Peter examples of times he could have given up and taken the easy to success, but instead kept on trying and now he’s one of the greatest cyclist in the world. While the shaming was indeed funny, it ends up leaving a sour taste in your mouth after recent developments shed light on Armstrong supposed steroid use. Still though, his delivery is perfect and couldn’t have been anyone else in this cameo.