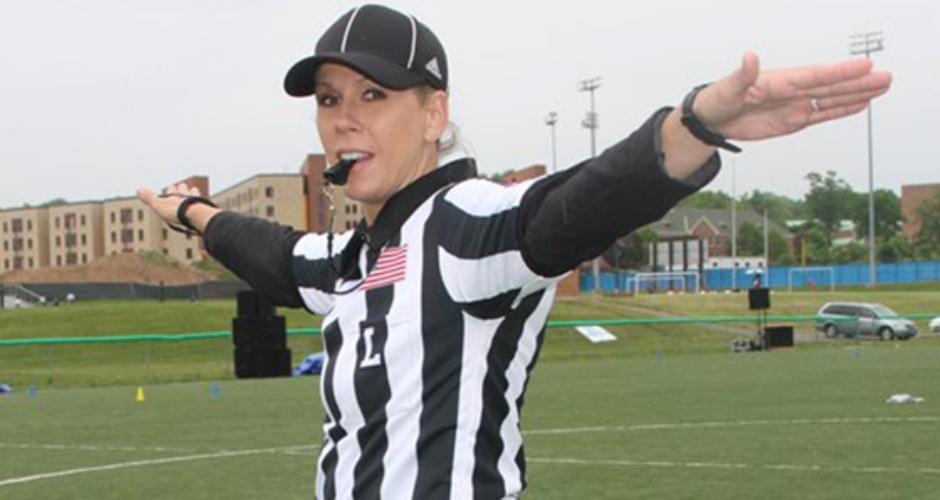 The NFL is a male dominated sport including the staff members that work for NFL teams. Females in general are scarcely seen on the sidelines and are mainly represented by the cheerleading squads. What roles in the NFL have women managed to breach?

Many people have doubted whether a woman could officiate in the NFL. Sarah Thomas has spent the last 16 years of her life officiating football teams from the grade school level to college games. Thomas therefore has the experience needed to be an NFL referee, but a huge factor of officiating relies on physical attributes. Many NFL officials are men past the 40-year old age mark. If these middle-aged men can run up and down side lines, a woman of 40 can do the same. The only thing Thomas has to do is pass both the physical and mental requirements to be considered for the job. So far from what is being shown by her at Saint’s training camp, she is definitely in shape for the position.

What about the fact that she may be treated differently because she is a woman? The possibility that male coaches may not yell at her in the same way they would a male official is up for debate. Either way, she will be disliked just like most other NFL officials for any type of call fans disagree with; officials are not meant to be liked. In an interview with Piers Morgan, Thomas commented that she is “just trying to go unnoticed” because in reality she is “just one of the guys.” Her fellow NFL official  Walt Coleman even ventured to say “She’s just going to be another one of those terrible guys that’s out there, that’s calling the game, that screws up the game for us.” Thomas will be receiving just as much back-lash from poor play calling as the male officials. The controversy here is that the poor playing calling may be blamed on the fact that she is a female, which cannot be stopped.

On the field, Thomas wears her hair completely up in her hat, but also wears make-up. It becomes evident to the players that she is a female, but they are more focused on the game than the fact that she is a woman. As long as Thomas is doing her job, the players and coaches will be content. From the stands it may not be as apparent that Thomas is a woman until the end of the game where she takes off her hat to reveal her long blonde hair. For right now Thomas is working as a line judge, one of the less risky official positions. It is unclear whether she will ever move to the varying official positions such as side judge, back judge, field judge, or referee, all of which are more dangerous.

Several women in the NFL work in positions that are behind the scenes that are not generally known by the general public. The Buffalo Bills are among the teams with the most women in upper level positions.  Mary Owen is their executive vice president of strategic planning while Gretchen Geitter is their VP of community relations. The problem is these women do not receive proper credit for their hard work; most people do not even know they have these jobs. Another name that has recently been talked about is Dawn Aponte, the VP of Football Administration for the Miami Dolphins. Aponte works very closely with G.M. Jeff Ireland and has control over the teams salary cap. She also takes part in the teams contracts and negotiations. Due to Aponte’s strongly developed skills, it is speculated that she may become the NFL’s first female G.M. The real question is whether it will be for the Dolphins or for another team that offers her a job.

There has been a woman in the athletic training sector of the NFL. Ariko Iso was a full-time athletic trainer for the Pittsburgh Steelers. She eventually left her position to take a job position that opened up at her alma mater, Oregon State. She worked with the Steelers for nine years, so it is possible for women to earn an athletic training role in the NFL, but they have to have the credentials to do so.

What about actual female NFL players? Lauren Silberman participated in this years regional scouting combine for the kicker position. Her first two kicks went 10 and 13 yards respectively, while her third kick resulted in injury. She re-injured her quadriceps, but the sheer fact that she was out on the field trying out was a big feat for women everywhere. It is possible for women to try out for the kicker position in the NFL especially if they are good enough to kick the ball extremely well. Silberman previously played club soccer for Wisconsin, so kicking the ball was not the problem. Expect to see Silberman again for being in the NFL is one of her long term goals.

Women are steadily working their way into the NFL, but at a very slow rate. The NFL has yet to see any women in coaching or coordination positions and still has yet to see them on the field. As women continue to push into these positions, the NFL may see more and more female faces on the sidelines eventually trickling on to the field.

As for Sarah Thomas, she’ll be making history working Friday night’s preseason game between the New Orleans Saints and the Oakland Raiders. After the NFL  game, she will return to the collegiate field, but the league’s scouts will be watching.