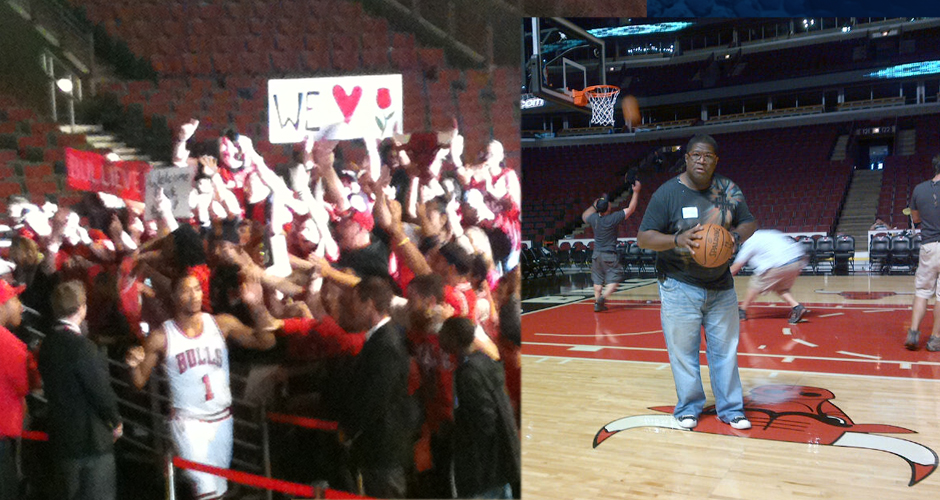 We had the opportunity to catch up with Pro Player Insider and celebrity barber  “Jay-Bee” working onset of the 2012-2013 Derrick Rose Adidas Campaign. He shared the inside scoop on working behind the scenes on the commercial with the NBA MVP from Chicago on this four day shoot. Jay-Bee said, “It was a great experience and I’m very blessed to work with big time people on big time projects.”

Rose, who is recovering from a torn left ACL, has been practicing for about a month now, but usually tries to do it away from the cameras.

Jay-Bee said the best part about being on set was, “working with the NBA MVP from Chicago in the United Center.”  As for Derrick Rose, Jay-Bee said, “Rose was very mild-manner, very professional and interacted a lot with the fans. The United Center was very electric and everyone was excited to see Derrick Rose take to the court following his knee injury.”

This is commercial people will fall in love in part because of the simple fact that it’s about the actual comeback of Derrick Rose. This was one of his first filmed shoots at the United Center since he suffered the knee injury in the first round of the playoffs against Philadelphia.

Tuesday night Rose even took a few pre-game shots as the Bulls warmed up before taking on the Milwaukee Bucks in their fourth preseason game. 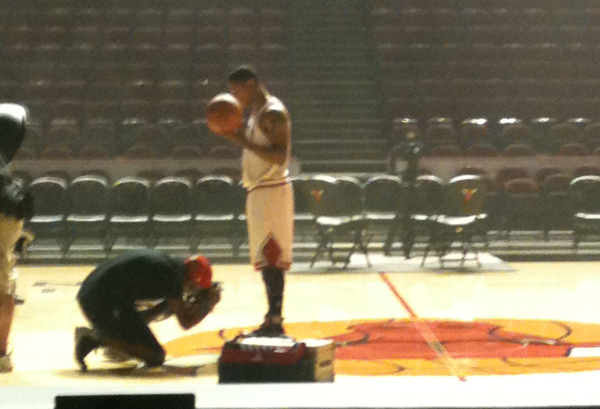