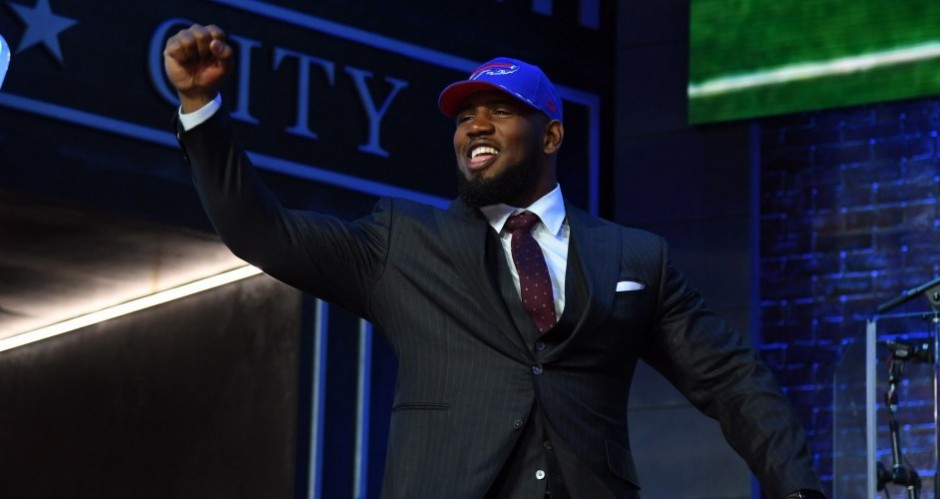 In 2018 the Buffalo Bills defense gave opposing offenses fits. After round one of the 2019 NFL Draft those fits will morph in to full blown temper tantrums. Heading in to the draft there were many options for the Bills sitting at the ninth overall pick, but when University of Houston defensive tackle, Ed Oliver, fell in Buffalo’s lap, there was really only one option. ESPN ranked Oliver the third best overall prospect in this years class so selecting him ninth was a no-brainer.

Buffalo finished last season with the second overall defense in terms of yards given up per game. If there was anywhere they could improve on the defensive side of the ball it was in run defense. The Bills gave up 1,839 yards rushing, ranked right in the middle of the pack. They also gave up 17 rushing touchdowns, which is a big reason they gave up over 23 points a game (ranked 18th). Oliver will try and change all of that.

Many compare Oliver’s disruptive behavior to that of Los Angeles Rams defensive tackle, Aaron Donald. While it may be unfair to compare a rookie to a generational talent such as Donald, the Bills Mafia has to be pleased with the pick – especially after having to say goodbye to Bills legendary defensive tackle, Kyle Williams. After the 2018 came to an end, Williams decided to hang it up after 13 seasons in Buffalo.

“What Kyle Williams was able to accomplish over his career is extraordinary. If I can just do half of what he did I would be satisfied but I just want to come in and watch his film and learn from him and hopefully he can kind of mentor me,” said Oliver. I don’t know how much he’s around now but hopefully he can kind of mentor me, show me the ropes, and show me what kept him around so long because I want to have the same success he did.”