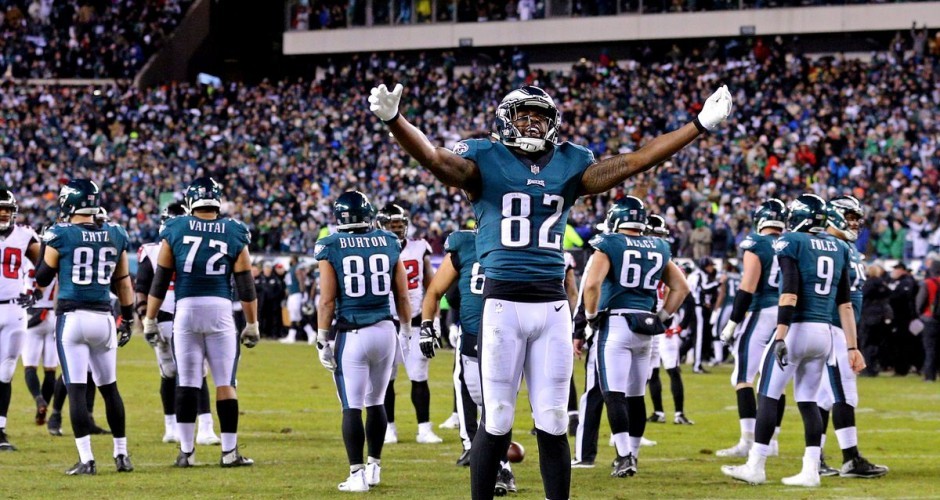 If someone said at the start of the regular season a team will make the Super Bowl without their elite level MVP quarterback, All-Pro left tackle and starting middle linebacker, people would have thought that person needed psychiatric help. But the Philadelphia Eagles are in that same situation, as they are getting ready to face the New England Patriots in Super Bowl LII.

“We just wanted to do it for them at the end of the day,” said Eagles safety Rodney McLeod. “We knew we lost a lot of key guys for this team and our leaders. But depth is your biggest friend and that’s what we have here.”

The Eagles have been without QB Carson Wentz, LT Jason Peters and MLB Jordan Hicks since week 14 when Wentz went done with a torn ACL. In that time, the Eagles have had a margin of victory of plus 8.8. That margin would place them third during the regular season.

Their most impressive win came in the NFC Championship game when they dominated the Minnesota Vikings 38-7. Nick Foles played his best game since stepping in for Wentz. He went 26-for-33 to go along with 352 yards, three touchdowns and zero interceptions.

Foles is looking to become the tenth backup quarterback to win the Super Bowl. Ironically, he will be facing another quarterback who won his first Super Bowl as a backup, none other than Tom Brady.

Brady is making his eighth Super Bowl appearance, the most by any player in NFL history. For the Eagles to beat the Patriots, their defense must get pressure on Brady. But Foles needs to be able play within his game and try not to do too much if the Eagles have any chance of winning this game.

Hall of Fame quarterback Jim Kelly, who has played against his share of great quarterbacks in Dan Marino, Joe Montana and John Elway, believes Foles should only worry about the Eagles offense and not Brady.

By winning, Foles will submit himself in Eagles history by bringing home the franchise first Super Bowl trophy. The fans were climbing light poles when the Eagles won in the NFC Championship game; it is no telling what they will do if their team wins this game.