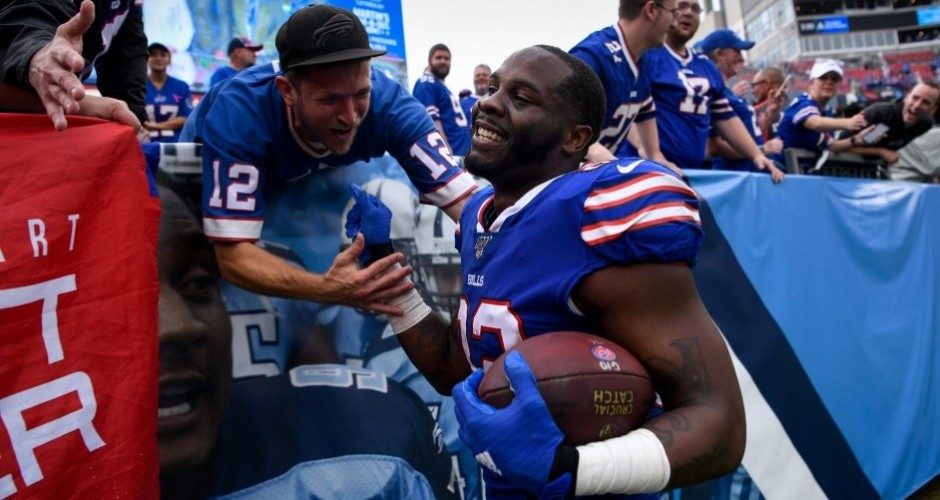 With a little help from Titans kicker, Cairo Santos, the Buffalo Bills and their elite defense won their third straight road game to start the season, improving their record to 4-1.

To no one’s surprise, the Bills and Titans took part in the lowest-scoring game of Week Five. Each team came into Sunday giving up less than 16 points a game. Not only do both teams have solid defenses, at times they both have stagnant offenses. Add in some poor special teams play with a splash of rain, and you have the perfect recipe for a scoreboard that totals only 21 points.

In the first half, the Bills offense didn’t do much, but the Titans offense did even less. For the first half of the game, Marcus Mariota and his offense only crossed the 50-yard line twice, thanks in large part to three first-half sacks by Bills defensive tackle, Jordan Phillips. Tennessee wouldn’t convert a third down until midway through the third quarter, and it was much of the same look offense that has caused Mariota to receive criticism as of late. The former Heisman Trophy winner would extend his streak of games without a turnover, but his streak of games without taking any risk continues to extend much further.

If Bills quarterback, Josh Allen, was concussed a few days ago, you’d have never known it on Sunday. Other than an interception, a very ugly interception, thrown early in the third quarter, Allen played an otherwise respectable game. The second-year quarterback would finish the game going 23/32 for 219 yards, two touchdowns, and one interception. He’d also add 25 yards rushing.

Four of Allen’s completions would be hauled in by newcomer, Duke Williams. A product of Auburn University, Williams was called up from the Bills practice squad on Friday and would make his presence known on Sunday. The game may have been played in Nashville, but the drawn-out “Luuuuuke” chants from Bills Mafia made it feel like a home game for the 26-year-old Los Angeles native. Williams would finish the game with only 29 yards, but 11 of those yards would come on an unforgettable go-ahead score that Tennessee would never answer.

While the Bills defense continues to impress, the most impressive part of the day came from Buffalo’s offense, and it wasn’t even a scoring drive. Down 14-7 late in the game, the Titans would have a quick three-and-out deep in their own end and be forced to punt the ball back to Buffalo with 4:12 left on the clock. With a makeshift offensive line, T.J. Yeldon, Frank Gore, and Josh Allen would all rush for first downs of their own to ice the game. It was the kind of drive that earns a team respect around the league.

Buffalo has a Week 6 bye and will head to Miami to face the lowly Dolphins in Week 7.