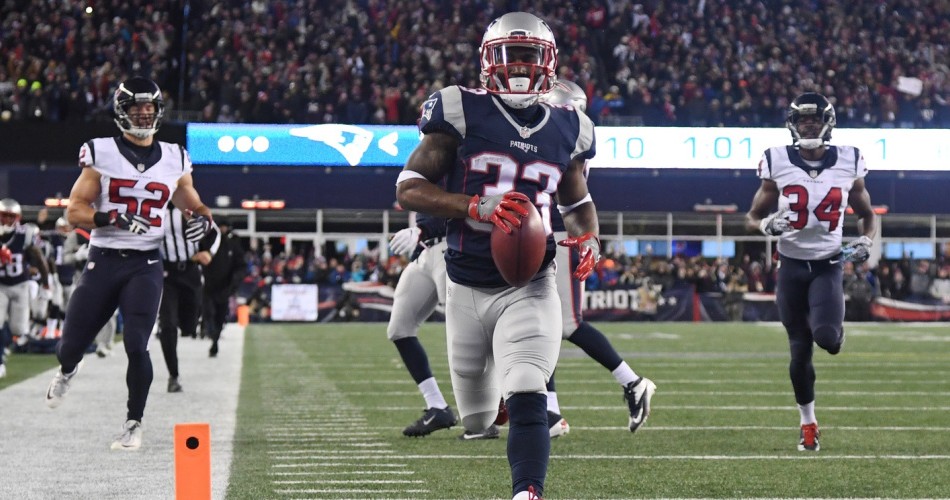 New England Patriots quarterback Tom Brady gets most of the praise for his team’s success as he should, but his running backs are a big reason Brady is so successful.

In the regular season, the Patriots ranked 10th in rushing yards per game (118.1) and they did it by the committee of Dion Lewis, James White, Rex Burkhead and Mike Gillislee. As the season went on, it was Lewis who became the main guy in the Patriots backfield.

“It’s positive. We all root for each other and it’s great competition,” Lewis said on the dynamic of the Patriots running backs at Super Bowl LII Opening Night. “We’re our biggest fans. We root for each other, and want each other to do well. When somebody else makes a play, we celebrate like we were the player. We don’t care who gets the success.”

Lewis has been the most successful back on the Patriots this season. He ran for a career high 896 yards (5 yards per carry), six touchdowns and was a receiving threat out of the backfield with 32 catches for 214 yards and three touchdowns in the regular season. In his two playoff games, Lewis has been the Patriots second best receiving option. He has caught 16 passes for 111 yards, but it was not always a promise Lewis would be able to showcase his ability.

The Philadelphia Eagles drafted Lewis in the fifth round of the 2011 season. He only spent two seasons with the Eagles, totaling only 171 rushing yards and two touchdowns on 36 carries before being traded in 2013 to the Cleveland Browns.

After what looked to be a comeback season for Lewis, being the Patriots pass catcher out of the backfield, it was cut short after he tore his ACL in week 9. It caused him to miss the rest of the season and did not receive his next carry until week 11 of 2016 season. Lewis was then forced to play behind former current Eagles running back LeGarrete Blount andWhite, but stayed patient and fought through adversity to become the lead back in New England.

“It was frustrating at times,” Lewis said on his journey through the NFL. “But just got to stay the course, keep working and keep believing in yourself.”

Lewis will face the team that drafted him in the fifth round of the 2011 draft, the Philadelphia Eagles. He spent two years with the Eagles, only rushing for a total of 171 yards on 36 carries and two touchdowns. He now gets to show what he is made in the biggest stage the NFL has to offer against a team that gave up on him.

He will have to do it against the number one ranked run defense, as the Eagles only allow 79.2 yards per game. With a big game on Sunday against the Eagles, Lewis could be in for a big payday this offseason as he is set to hit free agency, but a Super Bowl 52 win is the better payoff.