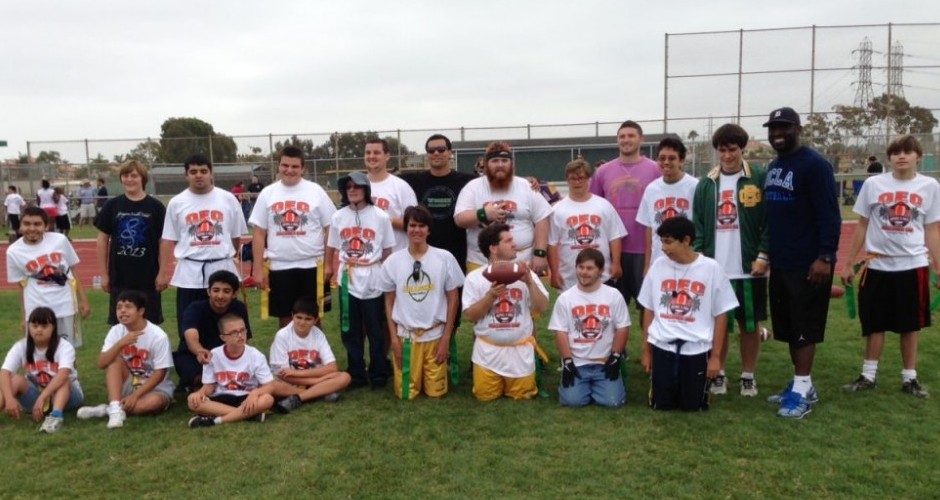 Campers learned basic football skills (running, throwing, receiving, defense and kicking)and played in a flag football game at the end of the session. While it isn’t a traditional football practice, DeShaun says running the camp and the kids it impacts is something that is very special to him.

“The camp gives kids the opportunity to do something other children are allowed to do,” says DeShaun. “It’s just kind of fun to be around football from another perspective. You come out and see their smiles on their faces. They are so excited, and that is just so exciting to me.”

Giving back to others isn’t new to DeShaun. He was raised to value the importance of helping others. “My mom’s really big in the community. It’s something she raised me and my little sister to do.” In high school DeShaun received the Glenn Davis Award, while in the NFL he was the recipient of the Ed Block Courage Award and, in addition to his camp, has worked with the Special Olympics.

In addition to his faith and family, football has taught DeShaun life’s building blocks. After retiring from the NFL, he focused on helping others find the courage to pursue their dreams by sharing those building blocks.

Courage is the most important of all the virtues because without courage, you can’t practice any other virtue consistently. ~ Maya Angelou

DeShaun is a coach at UCLA under Jim Mora, which is fostered his love for coaching. “It’s really different being on the other side,” DeShaun said. “Coach Mora is great. He just really prepares the players. It’s just fun to see. Coaching is something I want to do.”

He also wants to help children with special needs learn about the game and apply it to their lives. He says, “football can provide several qualities for kids and their families who deal with daily challenges.”

The camp also featured a cheerleader program for kids with special needs where campers learned basic cheerleading skills, a cheer routine, a cheer dance and held a cheer pep rally. It was sponsored by the Orange Empire Conference that includes Costa Mesa Pop Warner and HB. 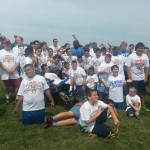 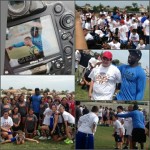 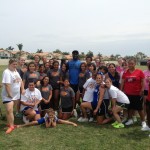 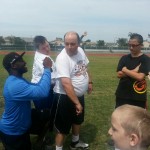 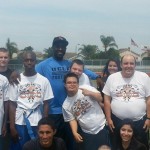 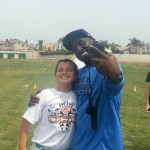 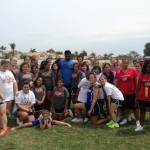