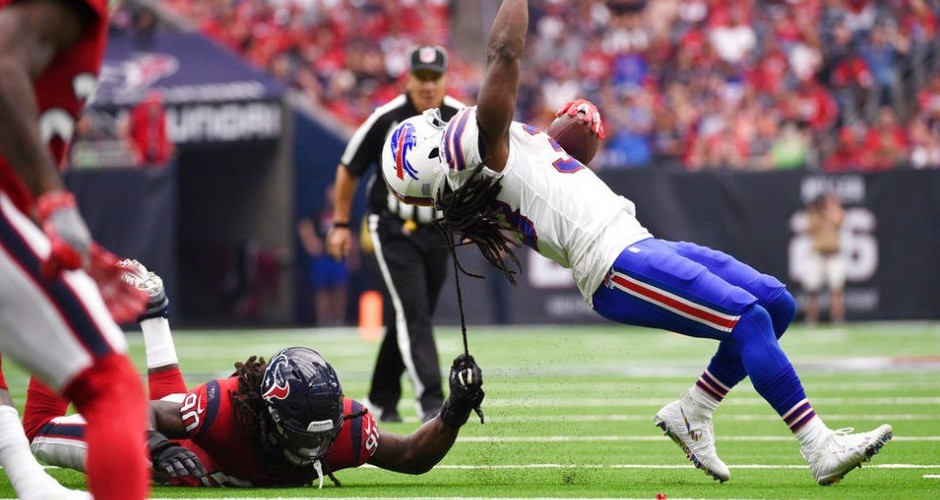 After an apocalyptic ending by the Houston Texans, the Bills look to former Carolina Panther quarterback Derek Anderson to start against Indianapolis Colts in week seven.

Nathan Peterman, after coming in for an injured Josh Allen, looked to finally be showing us what coach Sean McDermott had been praising all along. His demeanor looked improved compared to what the Bills have seen in past game action. Peterman’s pass in the corner of the end zone to Zay Jones sparked hope that maybe the Bills will have some real quarterback drama between Allen and Peterman.

With a chance to really win the city over, Peterman threw a costly interception that led to seven points for the Texans.

After the Bills defense played yet another solid performance, the offense dug themselves too deep. A second interception by Peterman in the final seconds sealed the Bills fate.

The Bills obviously suffered a big blow due to Allen’s injury. However, the injury has been later confirmed through diagnosis as a UCL injury. Luckily, this isn’t considered too serious. Allen is expected to miss 2-3 weeks then be week-to-week thereafter.

With the Bills now 2-4, they head off to Indianapolis to play the Colts with Anderson as their starter. Anderson has spent time in Cleveland, Arizona, and Carolina. His longest tenured team thus far has been with Carolina. With Carolina, Anderson started only a total of four games in seven seasons. In those four games, Anderson went an even 2-2.

We will see how much the 35-year old Anderson has left in the tank in his match-up against the Colts on Sunday.