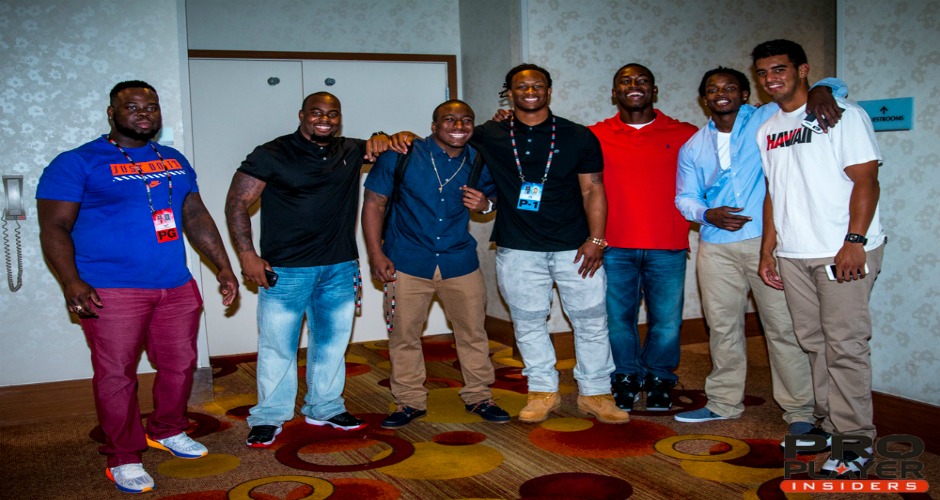 The NFLPA Rookie Premiere is a time for incoming players to learn how to be a professional in the business of football. The NFLPA set up a series of workshops and programs to help the players adjust to their new found status as NFL players and emphasize the opportunities that await them.

“One word that describes the 2015 NFLPA Rookie Premiere is ‘opportunity’. Opportunity for players to being their careers and learn what it means to be a part of the business of football. Most importantly, the opportunity for them to take advantage of partners and everything that is on the horizon, ” NFLPA Executive Director , DeMaurice Smith said about the 21st Annual event.

49ers newest running back Mike Davis has already been appreciating the opportunity to be here and in the league. “I almost cried (when I was drafted) and know I have the opportunity to be here. It’s a dream come true. Growing up as a kid, and seeing my brother get drafted. That was always something I wanted to do. My brother (former Brown James Davis) and the Rookie Premiere experience has given me advice on playing in the league as “a pro” and to come in as a rookie, know my place. We know as rookies not to come in too loud, do what we’re supposed to do, earn your respect.”

In addition to his gratefulness to be here this week, Davis, let us in on a little secret. Many of the running backs drafted and present in the 2015 RB class aren’t meeting each other here for the first time. In fact, they have had a group text going for months even before the draft.

“A lot of people don’t know, but before and during the draft, we’re all texting each other. We’re all in the same group message. Me, Tevin Coleman, Todd Gurley, Melvin Gordon, Jay Ajayi, Duke Johnson, that’s how we all connect with each other. We’ve talked to each other for so long. We talked to each other during the (college)season. We know each other more than what other people think. With Todd and Melvin going first round, all of us were happy about that because there hasn’t been a running back taken in the first round for like 2-3 years. It’s great to have us all here together getting ready for the next level,” former South Carolina Gamecock said.

One of these running backs may be the NFL’s next star and the rookie premiere has been the place where they all started.

“Russell Wilson was one play away from a big play on the biggest night in football and he was here. He was a guy that was invited because our partners wanted to talk to him. To think there is some super star or a group of super stars like Russell here…that feeling is just thrilling. It’s a great opportunity to be here before they get there (to the league).”

Smith summed it up quite well saying, “These young men have literally just entered the business of football. It’s always fun to meet players on the verge. I look forward to seeing their future.”