“I remember (former Viking head coach) Dennis Green saying on TV  in the huddle during NFLPA BOWL, ‘It doesn’t matter if that  At one time Newberry College was one of the smallest NCAA football programs. Fast forward to2014 where the thriving Newberry football program entertained 10 NFL scouts watching their seniors.

Currently, two players from the Division II school are on NFL rosters and both drove into town to support their alma mater. Ron Parker (Chiefs) and Brandon Bostick ( TE Green Bay). But none have been drafted, so the hope lies in Washington.
“If Corey Washington gets drafted he will be the first to be drafted out of Newberry. It will be huge for him and our school,” coach said.

The Packer TE Bostick (who had a great 2013 season) came back to his old stopping grounds, ” I live in Florence and this off season I knew I had to support my fellow teammates and my close friend Corey Washington.  I know being here, not just for Corey, but all of the guys lets them know there is hope… no matter where you go to school. “
Parker, whose former Seahawks jersey hangs in Coach Knights office, tries to comeback to support as often as possible. “I came to see some of the younger guys like Corey and show them  all love. Seeing me on the sidelines hopefully inspired them and got them  juiced up to be working out in front of scouts.”

Corey Washington had the opportunity to impress during the NFLPA Bowl and today performed in front of additional NFL scouts from the Giants, Panthers, Greenbay, Bucs, 49ers, Jets, and Colts.  From growing up without parents, to mentoring a disabled fan, to his ability to produce; Corey is ready take his smiling attitude to the next level.

Theresa Villano Pro Player Insiders got to sit down with Washington after his Pro Day.

PPI: There are so many people that came out to support you specifically today for Pro Day. That support was powerful. What was that like out there?

Washington: It was great. I love to see everyone come to support me. I’ve had supporting cats all season. They came screaming to support me even during the off season. We have a nice fan base at Newberry.

PPI: Your coaches where all about you today as well. Has there been a coach that has been there for you through this all alongside Coach Knight?

Washington: Coach Williams the offensive line coach and my position coach, Coach Herron. Those guys called me every day when I was in Georgia with Chip Smith training. They have always kept up with me to make sure I stay focused.

PPI: You had some athletic victories today, what stood out to you the most?

Washington: My 40 time. The scouts and everyone have been saying I don’t have that elite speed. They were predicting me to run a full six, so I ran out there. I ran a 4.5 split and showed them I can have elite speed.

PPI: What has been your favorite college memory?

Washington: My best college memory would be during a playoff game. One of our guys got hurt and he was the kick returner. He couldn’t do it so they put me back there for my first time all season. From there I took two kick returns back for touchdowns.

PPI: There are two guys in the league right now from Newberry and two out of two of them (Packers Brandon Bostic and Chiefs Ron Parker) are here supporting. They told PPI they are here to support you. What does it mean to you to see that camaraderie?

Washington: It means a lot to see those guys come from the same place. The same area where I grew up. They know I am trying to get to where they are at now. We are all good friends.

Washington: Now he’s on the Chiefs. He is a big deal. Ron and I are real good friends. He’s like a brother to me. A big brother we call or text sometimes. He tells me about what I need to do, how I need to stay focused, and what I needed to get ready for this day.

PPI: How about your family, what roles do your family play in this journey?

Washington: They played a role. My family has kept me focused. I have a lot of my little siblings and cousins making sure I block the outside world.

PPI: From what I’ve seen on you Corey, you’ve faced a lot of adversity what is the biggest obstacle you faced so far.

Washington: Coming up with no parents was tough. That’s been the biggest obstacle. I mean I had my grandma raise me but everybody wants that parent in their life. I had grandmother.

PPI: Do you model your game after any current pros?

Washington: I want to say Randy Moss. I like to take the top off the defense like Randy. We are both high jumpers, tall, and we both have good hands.  Moss and I don’t talk that much trash unless someone pisses us off.

PPI: I saw you out there quietly smiling the whole time. What makes you smile? You’ve been smiling all day.

Washington: Life man! It’s a great opportunity (to have a chance in the league) not to many players get to go through this (pro days). That is what I’ve got going on right now. It feels good.Why not smile?

PPI: One of your biggest fans I saw out there was named Mathew. He’s not in a wheel chair but he was walking around with a walker cheering for you. What’s your relationship with Mathew?

Washington: Mathew and I are close. We text every day. He’s very inspirational for me. Just to see him in his walker… that motivates me to just do everything great. He looks for me to do great and I don’t want to let him down.

PPI: Out of curiosity, South Carolina seems to be a football producing Mecca. Who is the best player you’ve ever played against?

Washington: Bruce Ellington the wide receiver at South Carolina. We good friends. Bruce and I have been playing against each other since rec days. We even played basketball together. He was the best athlete I played with in high school. Wish I could have played him in college but he went to a bigger school. Hopefully we will be on the same team or playing against each other in the league.

PPI: What teams have you visited, have you been in communication with?

Washington: The Saints, Seahawks and Atlanta were all talking to my agent. I have a couple visits coming up after my pro day.

PPI: If you could wave a magic wand and pick a team to play for, who would it be?

Washington: I’ll have to go with the home town team, the Carolina Panthers. It is closer for the family to come see me play, Mathew can come and I’d like to play with Cam Newton.

PPI: Do you have a motto a mantra? Something that inspires you?

Washington: I really like my high school coach’s quote, “You are what you repeatedly do. Therefore, what you do for excellence, is not an act but a habit.” I love that quote. I get by on that quote every day.

Washington: A winning attitude, play making abilities, and a steel. I am a baller and a leader that is just a winner.

To follow the latest on Corey check him @HeDoubleTrouble 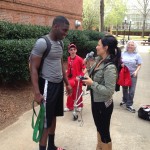 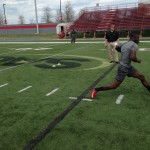 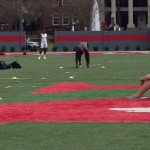 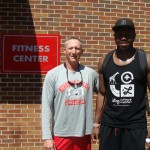 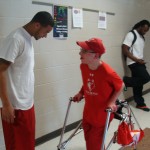 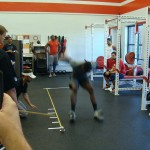 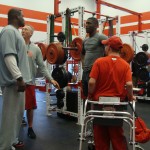 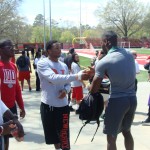 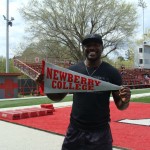 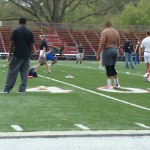 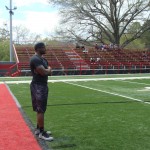 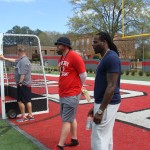 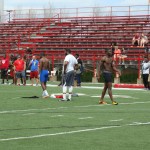 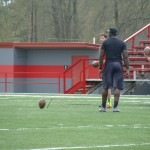 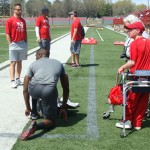 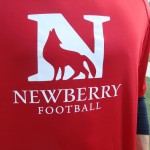 One Response to “Corey Washington Inspires Hope at Newberry College”