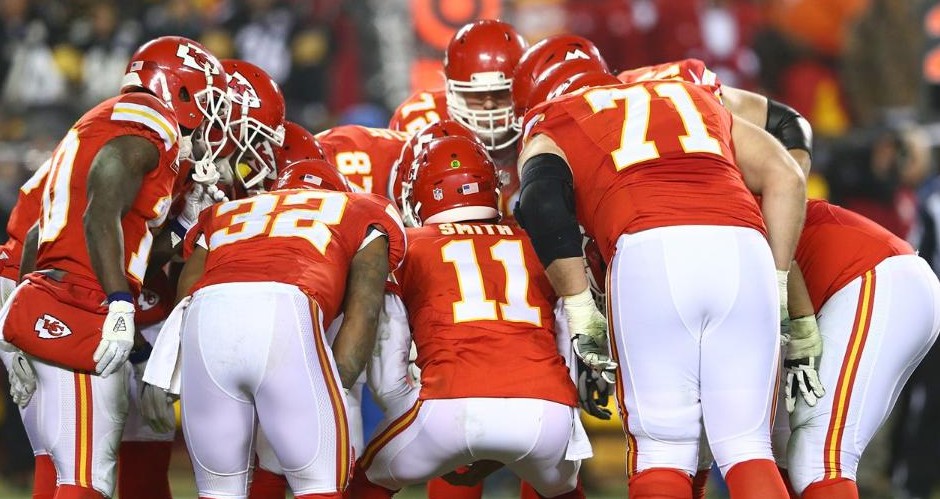 If you told me the Pittsburgh Steelers explosive offense, featuring Ben Roethlisberger, LeVeon Bell, and Antonio Brown, would be held without a touchdown, I would have looked at you crazy. I would have then followed up that statement by saying the Kansas City Chiefs would win. If you had told me the Chiefs would be the only team to score a touchdown, I would have told you they were headed to New England. Well it happened only Kansas City is not heading to Boston thanks to Chris Boswell and his record setting six field goals. The Chiefs season came to a close Sunday night as they lost to the Steelers 18-16. Andy Reid said, “These players are hurting right now, but they need to keep their head up.”

Offensively, the Chiefs could have stood to run the ball more. I believed that Spencer Ware and Alex Smith had to have good games as runners and that was not the case. The backfield mates combined for 44 yards on just 10 carries. Tyreek Hill’s effectiveness was reduced as he saw seven touches all night. Mike Tomlin did a good job limiting his impact on the game and the Chiefs offense struggled. Travis Kelce came on strong late in the game as he finished with five catches for 77 yards, but he dropped a crucial pass late in the game.

Eric Fisher struggled mightily all night as he was thoroughly abused by the ageless wonder James Harrison. Harrison had the former number one overall pick in his heels all evening, which made Smith uncomfortable. He was able to get a jarring hit on the quarterback, which led to a punt. On the biggest play of the game offensively, Harrison shot out of a cannon and forced Fisher into a holding penalty after the Chiefs had just tied it at 18. The Steelers defense would go on to stop them on their two-point try.

Dee Ford, Tamba Hali, and Justin Houston were held to .5 sacks as the Steelers offensive line flexed their muscles. They also steamrolled Dontari Poe and company as Bell ran for 170 yards “patiently.” Eric Berry was involved in a chess match with Big Ben, but the quarterback had the advantage all night. He caught Berry out of place as he found Brown on a long throw. Roethlisberger also found Jesse James wide open down the middle. Berry had one of his worst games of the season. Brown had a field day as he caught six passes for 108 yards including a crucial catch on third down that iced the game.

Had the Chiefs won they would have made it to the AFC Championship for the first time since 1993 when Joe Montana led them there. The holding penalty called by the officiating crew is one of scrutiny in the eyes of KC players like Kelce and Chris Conley. Smith said, “I’ve seen a lot worse not get called.”

Pittsburgh will move on to New England to face the Patriots with a chance at making it to the Super Bowl.