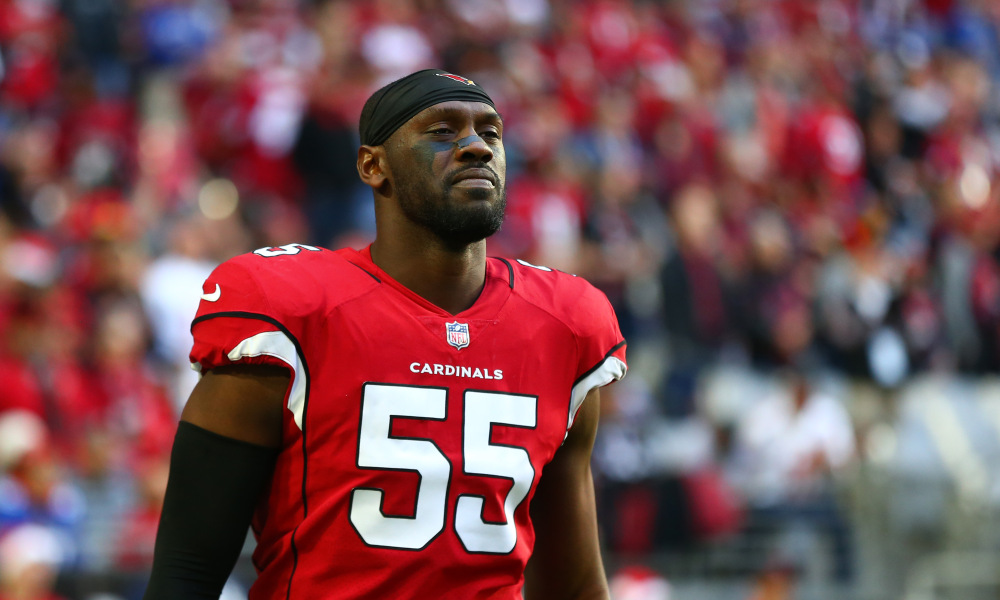 One of the league’s most prolific sack artists wants to end the season on a good note. Arizona Cardinals defensive end, Chandler Jones, has vowed to donate $20k to the Phoenix Children’s Hospital for every sack he gets in the Cardinals final two games.

“We are going through a tough stretch right now but we all know there are people who are dealing with much tougher situations,” Jones said. “I’m happy to do this and it will give me even more incentive to finish the season strong.”

Jones comes from a family with an abundance of talent. His older brother Arthur won a Super Bowl with the Baltimore Ravens and his other brother Jon is arguably one of the best fighters in UFC history. What many may not know is that the Jones brothers lost their older sister, Carmen, to brain cancer when she was just 17 years old. Chandler was just in elementary school at the time but can recall the effects watching a loved one in pain can have on a family – both emotionally and financially.

Since being traded to the desert in 2016, Jones has accumulated 40 sacks – the most in the NFL. With one more sack he will he will surpass Cardinals greats Bertrand Berry (40) and the unforgettable Darnell Dockett (40.5), for the seventh most sacks in team history. Chandler heads in to Sunday with 12 sacks on the year, tied for eighth in the NFL.

His final two games will be no easy contest as the Cardinals face the current number two seed Los Angeles Rams and will then head to Seattle to take on the elusive Russell Wilson. Both teams are looking to secure the best playoff seed possible so Chandler is still likely to get a lot of attention from opposing offensive coordinators. Since joining the NFC West, Jones has a combined 10 sacks when facing the Seahawks and Rams.

If you’ve given up on the Cardinals this season, you now have 20,000+ reasons to stick with them for a couple more weeks.