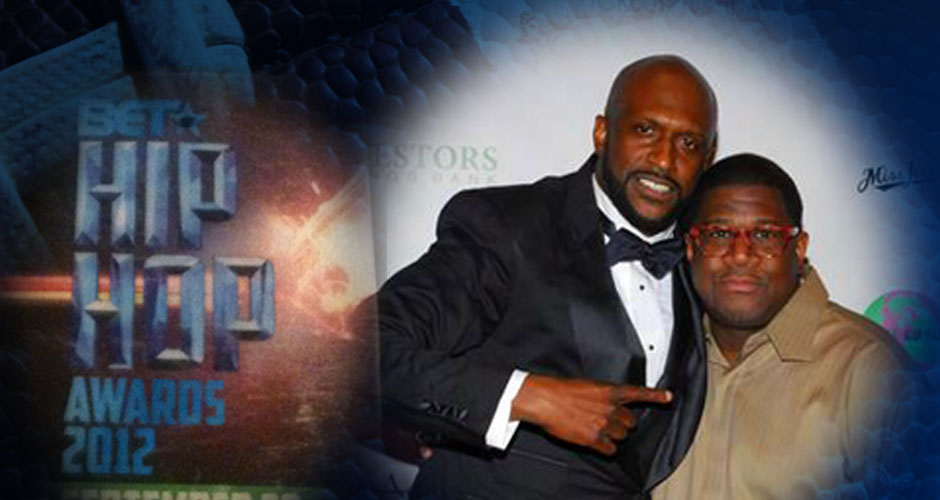 Celebrity Barber ‘’Jay-Bee” kicked off his trip in New York City where he was presenting an award at 2012 3rd Annual Blackout awards. For those who are not familiar with the Blackout awards, it’s a ceremony honoring some of top celebrity fashion stylists, hair stylists, make-up artists, and photographers.

Last year Jay-Bee’ was fortunate to be honor as one of the top groomers in the game, with some amazing people in the industry such as Curtis Smith, John Ricard and AJ Crimson.  This year’s ceremony honored Johnny Wright, Derek J, Mona Scott, Chuck Amos and many more. If you haven’t had a chance to attend the Blackout Awards, look into it.  You will get a chance to network and meet some great people in the industry.

After New York, ‘Jay-Bee was heading to Atlanta for the 2012 BET Hip Hop awards. While in Atlanta he was booked to work with Hip Hop artist Kendrick Lamar, R&B artist Omarion as well as actor/singer Rotimi who is the star of Starz hit show ‘’Boss.”

Celebrity Barber Jay-Bee says it was an “honor to work with Kendrick Lamar, he was real cool and down to earth.  Word was spreading about the celebrity barber backstage and Omarion was hearing all these good things about Jay-Bee and decided to check it out for himself.  He wasn’t disappointed.

Omarion says, ”I heard you were the truth.  Can I just sit in your Chair.”