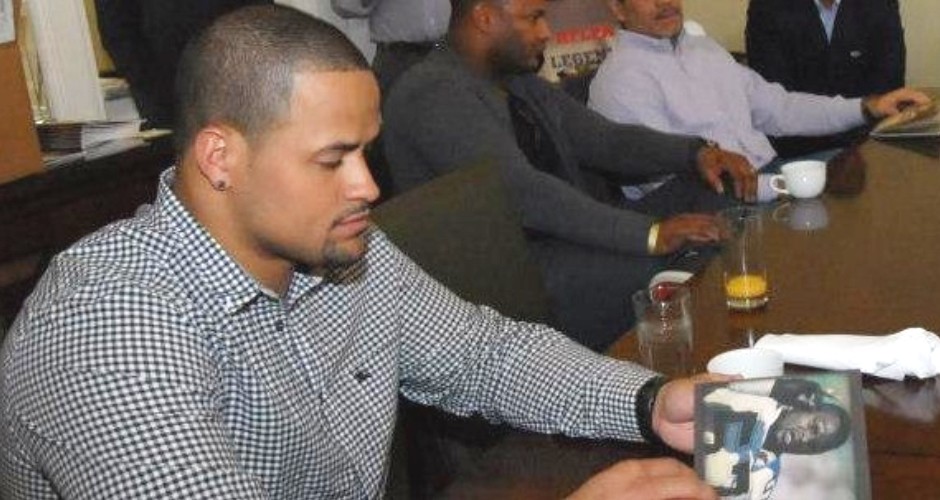 “My statistics are more on what Adrian is doing. As long as he has success, I feel I’m having success. Luckily, out of the two-back, we’ve had a lot of success this year, and hopefully we’ll continue to do that — over seven yards a carry out of the two-back and three-something out of one.” This is what Pro Bowl Fullback Jerome Felton had to say about blocking for Adrian Peterson and how he measures success.

Jerome Felton was a 5th round draft pick by the Detroit Lions out of Furman College. Felton was an All-Conference player as a senior in 2007, and his first few years in the League where kind of rough. He spent 3 years in Detroit and was waived by the team then spent a little time in Carolina and in Indianapolis before being waived there too. Finally, he was picked up by the Minnesota Vikings and they feel that they have found their guy. Felton helped lead the way for Adrian Peterson to amass 2,097 yards, which is unheard of now with the League being pass happy. Felton has said that a team combining him with AP is a match made in Heaven. With Felton leading the way for Peterson, there’s no doubt in anyone’s mind that AP will be repeating or even surpassing those totals in 2013. The sky is the limit for AP with Felton leading the way.

Zach Yonker of Pro Player Insider’s got to chat with the driven Viking’s fullback while he attended the NFLPA Brunch in New Orleans.

Pro Player Insiders: Jerome, what brings you to here today?
Jerome Felton: You know when you’re with guys like Willie Roaf, he’s a Hall of Famer, it’s humbling  just being around guys that have done it for long time its true love of success it means a lot to me personally. I just want to enjoy it meet people talk to them and learn as much as I can it’s a good time.

PPI: Is there anyone else here that you’re looking to speak with today?
JF: You know I saw Demaurice (Smith) walk in and it’s always good to talk to him catch up with him and see what’s going on. Obviously there’s a lot of guys that are here that are Legends. They have played this game for a long time and had a lot of success. I will learn as much as I can from them, but obviously, I will implement my game and you approach the game and have your own pressure as you move forward in life.

NOTE: The next few questions Felton predicted that the Ravens would be the World Champions with Ray Lewis as a major factor. Check out Jerome’s foreshadowing skills.

PPI: What are your thoughts on the big game and your prediction?
JF: I picked the Baltimore and Patriots game. I picked Baltimore so I think I’m going to stick with Ray Lewis. That is the way I’m going to ride that wave. I can obviously say the 49ers are playing tough and they have a tough defense. We (Vikings) played them in the regular season and we beat them in our house. Colin Kaepernick is playing great right now so it’s going to be a tough game. I can see a physical game; the type of football I like. Again, I am still going to ride Ray Lewis and Joe Flacco all the way to the Championship.

PPI: What has been your favorite Super Bowl memory as a player, fan, or member of the NFL?
JF: Well, I’m a big football fan and my favorite player has been Jerome Bettis from the Pittsburgh Steelers. The guy is a big running back and I’m a running back. Both our names are Jerome. I’ve always had a lot of respect for him. Bettis went out on top in Detroit, winning the Super Bowl. That was a big moment obviously for him. I almost felt like I was living through him. Just to see Bettis win that Super Bowl meant a lot to me personally. He was definitely my favorite player growing up. Great guy on the and off the field. I was happy for him.

Ray Lewis had the opportunity to execute and he will retire as a World Champion. With the Vikings in 2013 and a Pro Bowl under his belt, so will Felton.