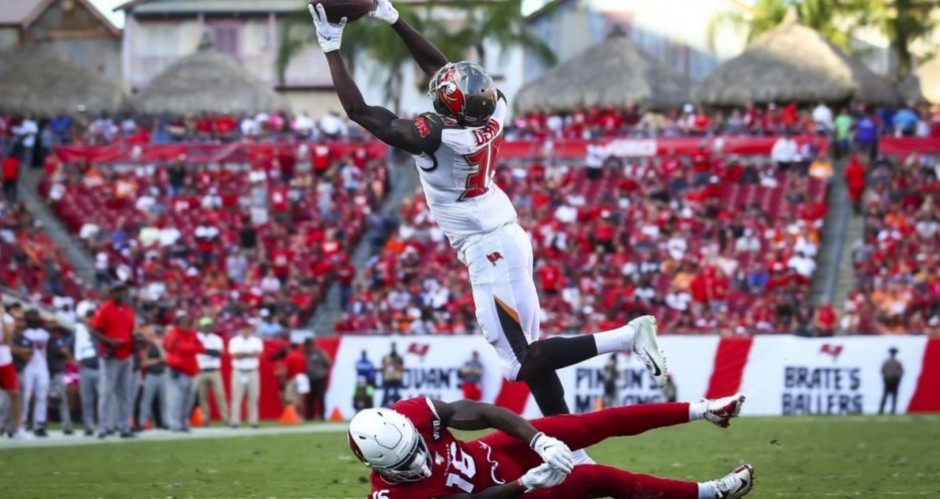 The Arizona Cardinals blew a late lead in Tampa on Sunday, falling to the Buccaneers 30-27.

The Cardinals’ defense once again could not stop their opponent when it mattered the most. Sadly, this is becoming a weekly event. The Cardinals gave up a touchdown to Peyton Barber with 1:43 left, capping a 92-yard drive for Tampa Bay, a drive that started after a Kyler Murray redzone interception. The drive was not without controversy as the Cardinals were the first victim of the NFL’s new pass interference replay rule. The Cardinals were not flagged on an apparent penalty by Jalen Thompson, and the NFL officials decided to review the play and penalized Arizona. This was the first non-flagged play overturned completely by the replay booth, without a coaches challenge. The penalty gave the Buccaneers the ball at the one yard line, and they scored the game winning touchdown two plays later.

On the ensuing drive, there was another pass interference controversy. On the last play of the game, Pharoh Cooper appeared to be contacted well before the ball arrived, interfering with his ability to make the catch, potentially setting the Cardinals up for the game-tying field goal. The play, for whatever reason, was not reviewed by the NFL. Another play in the long line of pass interference controversies this season for the NFL officials.

All of the blame can not be put on the officials. The Cardinals sabotaged themselves multiple times. They had three redzone trips that resulted in zero points. They had a turnover on downs when Maxx Williams lost a fourth and one pass in the sun, a David Johnson fumble, and the before mentioned Murray interception. Winning in the NFL is difficult. Turning the ball over three times in the redzone doesn’t make it any easier.

On the bright side, Christian Kirk had the best day of his NFL career. Kirk caught three touchdowns, including his first of the season. Murray has continued to look impressive, becoming a more accomplished passer by the week.

This is the third consecutive loss by Arizona after winning the previous three. The road isn’t any easier this week as they travel to San Francisco to face off against the NFC West leading 49ers. Hopefully the Cardinals will continue to show improvement and hand the 49ers the second loss of the season.