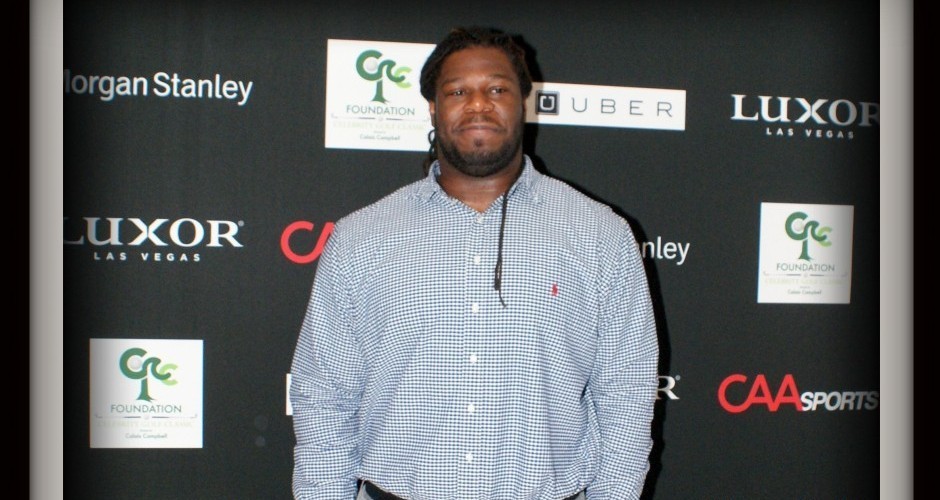 Arizona Cardinals’ Johnathon Cooper, 2013 first round draft pick out of North Carolina, was set to start for the team at left guard last season. That all changed during a preseason game against the San Diego Chargers where Cooper broke his left fibula.

If you watched this game one of the things you saw was Cooper crying. Sure he was in pain but that wasn’t the main reason for the tears.  Cooper was crying because he knew he was going to be out of the game for awhile. That was a touch of  reality for Cooper who had dreamed of  playing in the NFL since he was 5 years old.  Having just realized his dream,  he would have to wait until next season to play his first regular season game. Cooper now had the unenviable task of watching his teammates play from the sideline for the entire 2013 season.

Pro Player Insiders’ Trish Scott caught up with Cooper this month and asked if he had anything to say to Cardinals fans about the upcoming season.

“Cardinals Fans, I look forward to do great things this year with my team. Hopefully we can take it to the Super Bowl- The Home Super Bowl. I’m looking forward to everybody coming out and bringing my family out here for the Super Bowl. That would be awesome.”

On his Draft day

“It was one of the biggest moments of my life, it was very stressful; man it was stressful. I was able to have all my family there with me in NY and be there in Draft when my name was called. It was a dream come true.

I remember choking back tears, my older brother cried, my mom, my dad where crying. Just seeing how happy all my siblings and family were, was just a moment I’ve been waiting for.  My dad says since I was 5 years old, I said I would go into the NFL. Draft was just amazing.”

Some advice for anyone coming into the Draft

“One, you never know where you’ll go in the Draft. You’ll never know how high or low you will go if you get drafted or undrafted. Just be excited, be patient, and wherever you go, make the best of it.”

For more Cardinals stories and pictures follow:  trish__scott and mike_yduarte