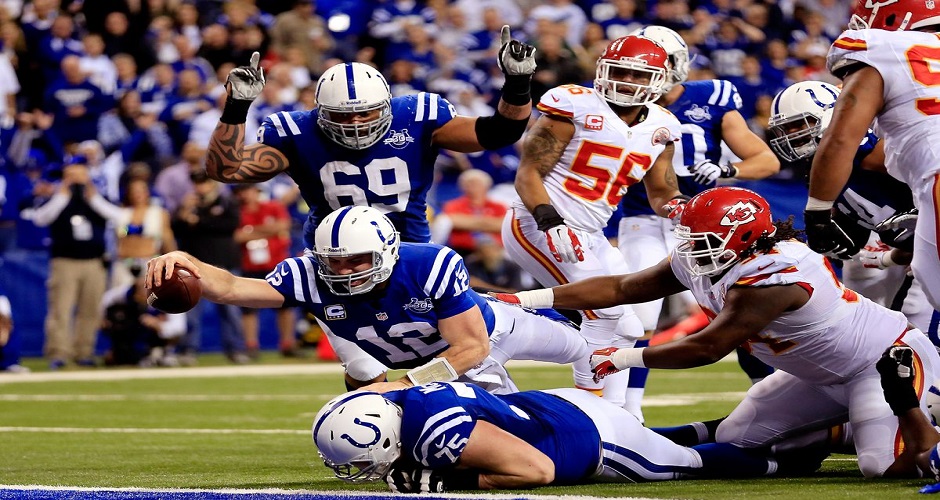 We all know the story very well. The Kansas City Chiefs make it to the postseason but somehow their Super Bowl hopes slip away in the most disappointing fashion. The Chiefs are 0-6 in home playoff games since 1994. If you put that into perspective, the Chiefs haven’t won a home playoff game in 25 years. Not to mention, their divisional opponent on Saturday is all too familiar and permanently etched in Kansas City’s playoff history. The Indianapolis Colts hold an impressive 4-0 record against the Chiefs in the postseason.

Now enters Patrick Mahomes who is looking to change that storyline on Saturday when the Chiefs faceoff with the Colts. Leading Kansas City to a different result isn’t that far-fetched as we’ve seen Mahomes destroy defenses all season. He is a large part of the reason the Chiefs were 12-4 in the regular season. Mahomes has completed 66 percent of his passes for 5,097 yards, 50 touchdowns, and 12 interceptions this season.

Besides that special Mahomes touch, the Chiefs need to focus on three things if they plan on defeating the Colts:

If you look at history then you are probably already assuming that the Colts will be on the winning end of this matchup. Furthermore, two of the Colts four playoff wins in the series were at Arrowhead Stadium. So much for home field advantage. Although this makes KC fans extremely wary, the Chiefs must have selective amnesia about their lack of success in the playoffs versus the Colts. Especially since all of those losses were before the Mahomes era. They have to view Saturday’s game as a new opportunity to create a different result. Coach Andy Reid had the same sentiment this week about their past with the Colts: “You move on. Those are history. You don’t go back to that. You are always moving forward in his thing and that’s what we are doing.”

Let it Fly on Offense

If it’s not broke, don’t fix it. Patrick Mahomes has been winning with his arm all season and that mentality shouldn’t change going into the postseason. The Chiefs possess the NFL’s number one offense with 35.3 points per game in the regular season. It will also be critical to continue taking advantage of the playmaking abilities of wide receiver Tyreek Hill and tight end Travis Kelce. The Chiefs still have to be mindful of the Colts defense. They have allowed the fifth fewest explosive plays (20 or more yards) and rushes (15 or more yards) in the NFL this season.

If Kansas City had a weakness this season, it was their defense. The Chiefs have given up an NFL-record 419 first downs and ranked near the bottom of the league during the regular season in yards allowed per game (31st), yards per play (24th), and points allowed (24th). However, statistics show that the defense is much better at home. Opponents have scored fewer points per game (18 vs. 35 on the road), quarterbacks have had a lower passing rating (74 vs 105), and they accumulated more sacks and interceptions. Solid defense will be key against Andrew Luck who has been notably better now that his offensive line is protecting him. They Colts also have big playmakers such as wide receiver TY Hilton, running back Marlon Mack, and tight end Eric Ebron who can easily disrupt Kansas City on the defensive side of the ball.