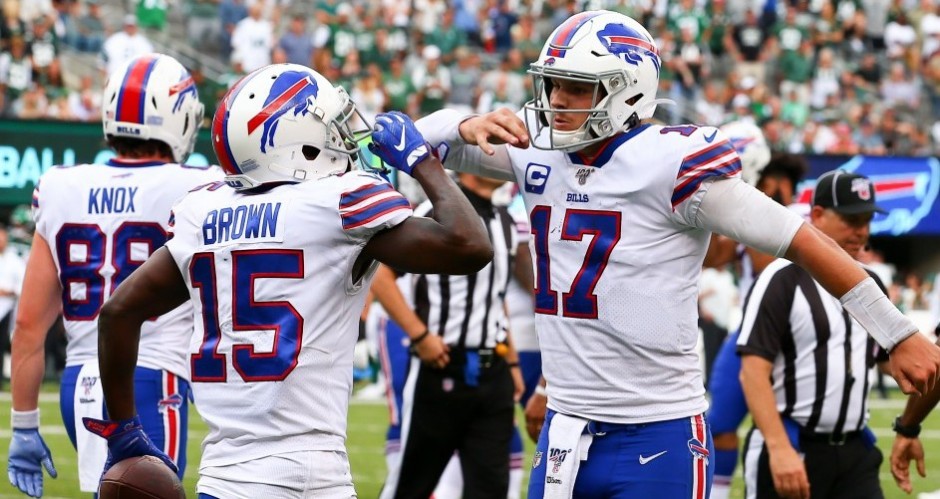 The start of Josh Allen’s 2019 season couldn’t have started any rockier. After what looked like a promising march down the field, Allen would fumble while being sacked and the Jets would recover. Prior to the fumble, Allen completed five of his six passes taking Buffalo down to the Jets 26-yard line. Luckily for Allen, the Bills defense would pick up right where 2017 left off and they’d force the Jets to go three-and-out.

The second drive wouldn’t go any better. Allen’s first pass would be deflected into the arms of Jets linebacker, C.J. Mosely, who’d easily return the interception for a 17-yard touchdown. After a failed extra point, the Jets would lead the Bills 6-0.

From there the Bills and Jets would both punt on their next two drives. Allen and the Bills offense would find themselves into Jets territory once again but on a 4th and 1 conversion attempt, Allen would fumble the snap and the $85 million-dollar man, C.J. Mosely, would collect his second turnover in just his second career quarter with the Jets.

The Bills defense would continue to keep Buffalo in the game, preventing the Jets from getting much going, but once again the offense would throw it away when Allen would throw his second interception of the game with just over a minute left in the second quarter. It would be their fourth turnover in just six drives. After a Jets missed field goal, teams would head into the locker room and miraculously Buffalo would still only trail 6-0.

Buffalo would be forced to start their first drive of the second half deep in their own territory when the Jets downed a punt on the two-yard line. On the first play of the drive running back, Frank Gore, would get stuffed in the endzone, resulting in a safety. 8-0, Jets. This would ignite the team in green as they’d take their next possession 60 yards that would end in with a nine-yard touchdown catch from running back, Le’Veon Bell. J-E-T-S would be up 16 to nothing.

Just when the Bills Mafia was ready to change the channel, Buffalo would find life. Kicker, Stephen Hauschka, would finally put points on the board for the Bills cutting the to 13. On their next drive, Allen would use his legs to cut the lead again and his three-yard touchdown run would make it 16-10, Jets. Suddenly we have a game.

To no one’s surprise, the Bills defense would stifle the Jets and the Bills would find themselves with the ball, and the momentum. With Jets linebacker, C.J. Mosely, out of the game due to injury, the Bills were able to find their groove. An eight-play, 80-yard drive, capped off by a 38-yard touchdown pass to John Brown, would give Buffalo their first lead of the game, 17-16, with just three minutes left in the fourth quarter.