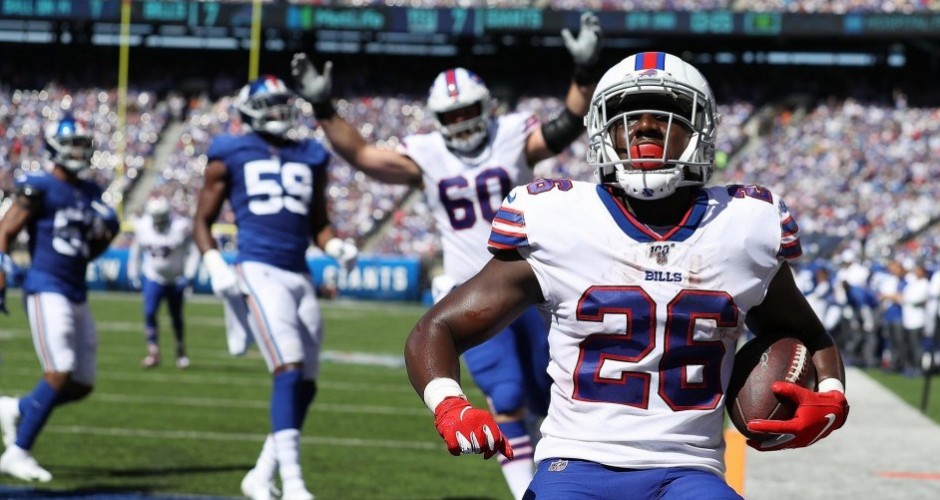 When the 2019 season is all said and done, the Buffalo Bills may have more wins inside MetLife Stadium than the New York Giants. The Bills showed up in East Rutherford, New Jersey and took care of business for the second straight week, this time defeating the Giants 28-14. The victory this week would be less of a steal, and more of a win.

Saquon Barkley and the Giants would come out rumbling in their first possession, going 75 yards in just a five-play drive that would be capped off with a 27-yard touchdown run by the second year running back. Barkley would have four carries for 55 yards and a score on that drive but would only add 52 more yards to his total over the next 57 minutes.

After going three-and-out on their first drive, quarterback, Josh Allen, and the Bills offense would start to find their groove, scoring touchdowns on their next three drives. In the Bills second drive, Allen would put the stamp on a 75-yard drive with a six-yard touchdown run. In drive number three, rookie running back, Devin Singletary, would find the edge and scamper for a 14-yard touchdown run. Allen would find wide receiver, Cole Beasley, in drive four for a 51-yard gain that would set up a 14-yard touchdown reception for Isaiah McKenzie just a play later. Suddenly, the Bills found themselves up 21-7 with all of the momentum.

The Giants would attempt to make it a game in the fourth quarter when quarterback, Eli Manning, connected with receiver, T.J. Jones, for a four-yard touchdown but, the Bills would immediately answer on their next drive with a touchdown of their own. The ageless wonder, Frank Gore, punched in a one-yard touchdown run with just under six minutes left in the fourth quarter, his first of the season. It would be the last score of the game.

At 2-0, the Bills find themselves atop the division with the New England Patriots (2-0) and will head back to Buffalo for their home-opener against the Cincinnati Bengals in week three. The Bengals were embarrassed today at home against the San Francisco 49ers and if Allen can limit turnovers like he did today, there’s no reason to think the Bills can’t be 3-0 when the defending World Champions come to New Era Field in week four.