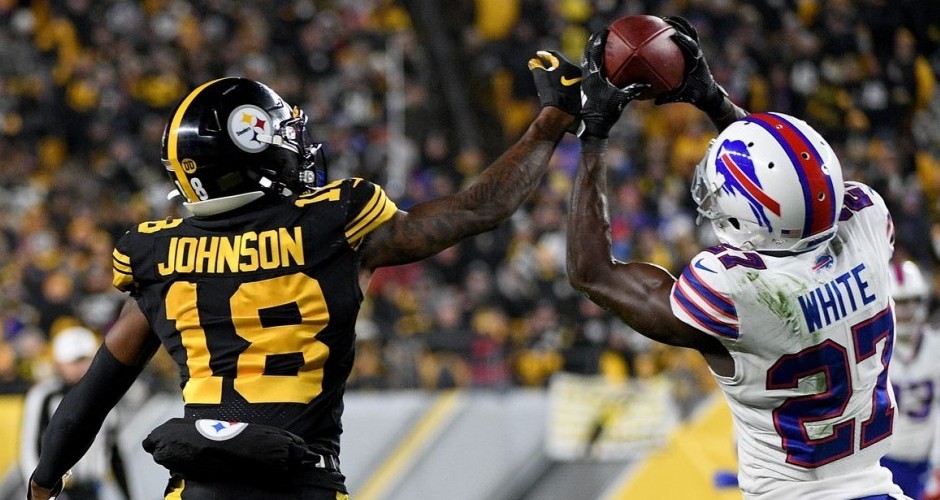 After a back-and-forth battle of defensive wills, the Bills boarded their return flight to Buffalo with a 17-10 victory packed neatly into their luggage. In their carry-on, a stamped ticket to the postseason.

The Bills versus Steelers matchup was as expected. Headed into Week 15, neither team was considered an offensive powerhouse. This game would do little to change that perception as both teams would fail to top the 300-yard mark.

If you hadn’t seen Steelers quarterback Devlin Hodges before Sunday night, you may have thought his nickname “Duck” derived from his ability to flutter passes through the air. Hodges struggled mightily against the Bills, throwing four interceptions – two of which were hauled in by TreDavious White. White now leads the league with six interceptions.

It wouldn’t be any better on the ground for the Steelers as their backfield would finish the evening with 15 carries for just 51 total yards. One can’t help but wonder why Steelers head coach, Mike Tomlin, would choose to attack one of the league’s best pass defenses with a third-string quarterback instead of feeding returning running back, James Conner, but hindsight is always 20/20. Tomlin insists Conner wasn’t on rep count in his first game back from injury, but a three-down back playing on just 58 percent of the offensive snaps says otherwise. Regardless, the run game should have been more prominent.

Bills quarterback, Josh Allen, didn’t have the greatest game statistically, but his clutch gene made another appearance when it mattered most. Halfway through the fourth quarter, Allen would find John Brown on a 40-yard bomb that would put Buffalo in scoring position. After a 15-yard scamper by Devin Singletary, Allen would find tight end Tyler Kroft in the endzone for a 15-yard score to take the lead 17-10. Buffalo’s defense would make sure the lead would remain until the clock hit zero.

Next week the Bills will be on the road to take on the New England Patriots. With the division still up for grabs, you can expect a war. For Buffalo to win the division, the Patriots would need to lose their final two games of the season, while the Bills win out. If that doesn’t happen, this Sunday’s game will still say a lot about the future of the AFC East. Potential playoff matchup?